Jeremy Renner is an actor, songwriter, guitarist, keyboardist. He is also a singer. Jeremy is currently divorced. He has a daughter Ava with his ex-wife. 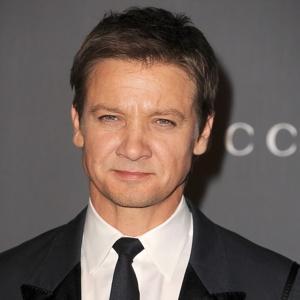 I like repressed characters. That gives me a lot of freedom to make a lot of different choices through subtleties.

In the 'Hurt Locker' there's a lot of me in there, a sense of humor, a man of few words and a lot of action.

Jeremy Renner is a divorced and single man at the present time.

He was previously married to Sonni Pacheco, an actress. After a few years of their affair, the couple got married on 13 January 2014. The couple together have a daughter named Ava Berlin Renner.

The couple was married for two years and they divorced on 28 December 2015.

Previously, Jeremy was in a serious relationship with the American actress Jes Macallan. The couple was together from 2005 to 2010.

After that, he dated the beautiful British actress Janet Montgomery for several months in 2011.

After his divorce with Sonni, he has not been in any relationship till now.

Who is Jeremy Renner?

Jeremy Renner is an American actor, songwriter, guitarist, keyboardist, drummer, and singer. He is best known for role as Sgt. First Class William James in the 2008 thriller film The Hurt Locker. He is also known for playing Clint Barton / Hawkeye in the Marvel Cinematic Universe and he has recently played the role in Avengers: Age of Ultron (2015) and Captain America: Civil War (2016)

Jeremy Renner was born on Jeremy Lee Renner on 7 January 1971, in Modesto, California, USA. His nationality is American and he is of mixed (Panamanian, German, English, Scottish, Swedish, and Irish) ethnicity.

He is the son of Valerie Cearley(mother) and Lee Renner(father). His parents divorced when he was ten years old. He has six younger siblings.

In 1989, Renner graduated from Fred C. Beyer High School in Modesto City, California. After that, he attended Modesto Junior College and studied computer science and criminology. After that, he took a drama class and decided to pursue his career in acting.

Jeremy has been an active member in the industry since 1995. His film debut came in 1995 when he played an underachieving student, Dags in National Lampoon’s Senior Trip (1995). After that, he played several minor roles until 2000.

In 2002, Renner had bagged the main role in the film Dahmer playing serial-killer Jeffrey Dahmer. His performance in the movie earned him a nomination for the Independent Spirit Award for Best Lead Male. He kept continuing doing different types of movies like comedy, action and much more which shows his versatility as an actor. Also, he did a television series, The Unusuals. He was critically praised by many critics and people.

In 2010, he was in the movie The Town which is a crime thriller movie written by Ben Affleck with the co-actors, Jon Hamm, Blake Lively, Slaine, and Michael Yebba.

In 2011, he had a cameo role as Clint Barton / Hawkeye in the Marvel Cinematic Universe movie Thor. After that, he had played the role in Marvel’s The Avengers (2012), Avengers: Age of Ultron (2015) and Captain America: Civil War (2016). He is currently filming for Arctic Justice: Thunder Squad and Avengers: Infinity War.

This actor has given many memorable and commercially hit movies. From his successful career, he has collected a net worth of $50 million but his salary is not revealed yet.

In mid-2016, Jeremy faced criticisms when he tweeted about singer Pink’s lengthy note to women about valuing their brains over their body, writing, “Strength and honor my lady! #stregnth #honor.” After several tweets, Jeremy gained the attention of the media and was criticized by many people.

Jeremy Renner has an athletic body type. His height is 5 feet 10 inches and weight is 82 kg. He has light brown colored hair and green eyes. His chest, arms, biceps and waist size is 43, 15½ and 34 inches.

Jeremy Renner’s remarkable response towards the rumor about his sexuality!! Is he gay or straight?