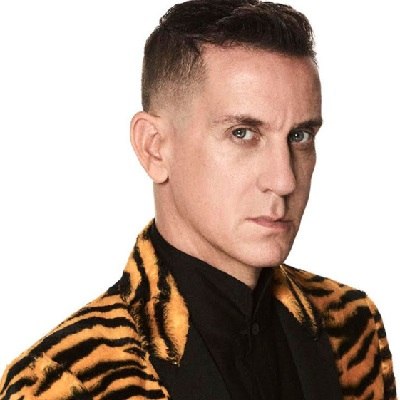 He has a very close relationship with various popular celebrities and fashion stars. Scott always posts his fashion work on his social media pages.

He is famous for his contribution to the fashion industry as a fashion designer.

Who is Jeremy Scott?

He is well known as the owner of the namesake label and a creative director of the fashion house Moschino.

He graduated from Pratt Institute, New York, in 1996.

In 1997, he participated in the Rich White Women, catwalk presentation held in Paris. This show fashioned about asymmetrical trouser cuts and malfunctioned t-shirts. The following year he designed in the show, Contrapied.

In 2008, Scott cooperates with Addidas and released different clothes as well as footwear collections. Previously, he made jacquard in silk collaborating with Addidas, which includes an image of scattered money, only a hundred pieces are made in 2002.

Scott started working in an Italian luxury fashion house, Moschino, as a creative director, in October 2013.

In 2012, Scott charged by the Adidas in order to stop the JS Roundhouse Mids selling and distribution process. He criticized for resembling shackles and copying their product.

But, he denied it and said he inspired by My Pet Monster, a Kid’s toy. Besides, he said in an interview that sometimes mistaken to understand the designer ideology and he is fine with it.

In 2013, Scott also blamed for copying the design of Santa Cruz Skateboards. This incident stops his designing this conflict product production.

In 2000, Scott received the ANDAM Fashion Award and the Womenswear Designer of the Year award in 2015, at Annual Fashion Los Angels.

He nominated for the Best Young Designer by the Council of Fashion Designer of America in 1999. He was honored with the best new designer award in 1998 as well as in 1999.

In 2017, he involved in the fashions at the Dallas Contemporary museum, on the 20th anniversary.

Scott’s net worth is approximately $2 million US.

The fashion designer average base salary is $60 k US. It can be varied according to company size and years of experience.

Scott has dark brown eyes and black hair. His height is 5 feet 10 inches and weight is 70 kg.

Scott has 2.3 million followers on Instagram and has above 4 k posts on his Instagram wall. He followed a personality like Jordan Roth, Hot Girl Meg, Hailey Clauson, and Barbie Ferreira.

He shared his upcoming fashion shows and news about his different activities through social media.