He rose to popularity after appearing in the title role in the 2003 live-action film Peter Pan. 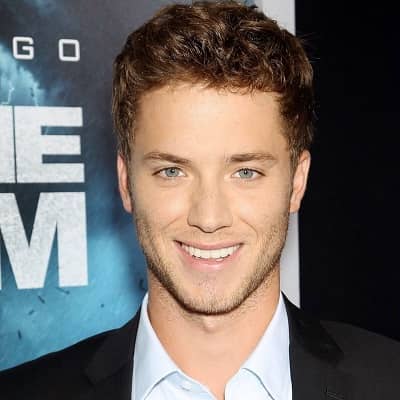 Jeremy Sumpter currently appears to be single. Previously, he got engaged to his long-term girlfriend Lauren Pacheco.

He proposed to Lauren on December 14, 2015, in Canary Row, Monterey after dated her for a few years.

However, their engagement was called off within a year but didn’t reveal the reason for the split up.

Apart from Pacheco, he dated a few other celebrities in the past. He hooked up with fellow actress Rachel Hurd-Wood in 2003. The duo met on the set of Peter Pan’s (2003) movie.

Who is Jeremy Sumpter?

Jeremy Sumpter is an actor from the United States. He rose to popularity after appearing in the title role in the 2003 live-action film Peter Pan.

He is also known for playing the recurring role of J. D. McCoy in the NBC drama television series Friday Night Lights.

Cayden was born in Carmel-by-the-sea, California, United States, on February 5, 1989. His nationality is American and belongs to a mixed (English, German, Scots-Irish/Nothern Irish, and French) ethnicity.

The name of his parents is Gary Sumpter (father) and Sandy Sumpter (mother). He has two older siblings named Travis Sumpter, Jennifer Sumpter, and a twin sister named Jessica Sumpter.

When he was ten months old, his family moved to his mother’s hometown and he spent his childhood in Mount Sterling, Kentucky. At the age of 11, he joined International Modeling and Talent Association and started his modeling in Kentucky.

In 2000, he won Pre-Tenn Male Model of the Year and Mark Robert was assigned as his personal manager.

Jeremy’s first movie was Frailty where he played the role of the young Adam Mieks seen in flashbacks.

That year, he also appeared in a television sitcom, Raising Dad as Henry. Following that, he guest-starred in two television series ER and Strong Medicine in 2002.

In 2003, he made his career breakthrough after he was cast in the title role in Peter Pan.

The following year, he starred in the lead role of Pete Young in the television series Clubhouse along with Dean Cain, Christopher Llyod, Mare Winningham, AND Kristen Storms.

He also played the lead role in the comedy film ‘The Sasquatch Gang’. Sumpter co-hosts on The YOBI Show, an online reality contest show, along with Danielle Ryan.

Moreover, some of his notable films and television series are,

Jeremy stays miles away from such controversial acts that create headlines in the media. He hasn’t been part of any sorts of rumors and desperate scandals to date.

Jeremy has an estimated net worth of around $500 thousand as of 2021. Thus, his salary, assets, and other income are still under review.

The actor has an impressive height with an athletic body physique. He is 6 feet 2 inches tall and his weight is about 84 kg. Further, he has light brown hair with green pair of eyes.