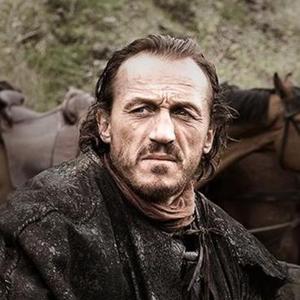 Shaking's one of the oldest practices known to man. Standing round a fire and connecting with the Earth and moving energy through the body because it's where a lot of our stuff can get trapped

I don't think it takes much for a cult to be a cult. Many parts of our society are cultish, and you only need a charismatic leader and some teachings, and before you know it, you have a cult

If you can walk into a set and feel the reality of it, then immediately you're not having to work to bring yourself into the character.

Jerome Flynn has maintained his personal love life very low. He was in a relationship with Lena Headey but it was ended in March 2014. He also had an affair with Anna Jacobs from 1994 to 1996. As per now, this actor is single.

Who is Jerome Flynn?

Jerome Flynn is an English actor and singer. He is best known for his roles as Kenny “Rambo” Baines in the 1986 television film London’s Burning, as Paddy Garvey of the King’s Fusiliers in the ITV series Soldier Soldier, Bronn in the hit HBO series Games of Thrones, and Bennet Drake in Ripper Street.

His birth name is Jerome Patrick Flynn. He was born on 16 March 1963 in Bromley, Kent, England, UK. Flynn is the son of actor and singer Eric Flynn(father) and drama teacher Fern Flynn(mother). He four siblings. His brother Daniel Flynn is also an actor, and his half-brother Johnny Flynn is a musician and actor.

His sisters’ names are Lillie Flynn and Kerry Flynn. He belongs from English ethnicity and has British nationality.

Jerome Flynn Career started in 1986 when he appeared in the LWT television film London’s Burning as firefighter Kenny “Rambo” Baines. When the film spawned a series of the same name in 1988, He was the only member of the main cast who was unable to reprise his role (aside from Gary McDonald, whose own character, Andreas “Ethnic” Lewis, was killed off in the film) due to previous commitments.

In 1988 he played the character Freddie in the ITV drama; The Fear which was about the London underworld. He appeared as D.S Eddie Hargreaves for six episodes of the police drama Between The Lines (1992).

Flynn portrayed Corporal Paddy Garvey of the King’s Fusiliers in the ITV series “Soldier Soldier”. The series began in1990. He acted alongside Robson Green in the series. After Flynn and Green performed Unchained Melody on the program, ITV was inundated by people looking to buy the song, and the pair were persuaded by record Simon Cowell to record it and release it as a single, a double A-side with White Cliffs of Dover.

The Single was released under the name Robson & Jerome and reached number one on the UK chart in 1995. It stayed at No.1 for 7 weeks in the UK Singles Chart, selling more than 1.9 million copies and making it the best-selling single of the year, and winning the duo the Music Week Awards in 1996 for best single and best album.

The duo had two more numbers and hits in 1995 and 1996 with “I Believe” and “What Becomes of the Brokenhearted” both remakes of standards, they also produced two number one albums.

‘Soldier Soldier’ ended in 1997. Flynn went on to star as Eddie Wallis (alongside singing partner Robson Green) in the Comedy-drama Ain’t Misbehavin’ (1997) and was the star of the short-lived police show badger in 1999.

He played Bobby Charlton in the 1999 film Best. On stage, he played Tommy Cooper in Jus’ Like That, a tribute to the comic magician written by John Fisher and directed by Simon Callow.

Having semi-retired from acting and moved to Pembrokeshire, in 2007 Flynn directed and starred in the low-budget film, Rude Tales. The film was split into a series of short stories, all centered around the lead character, Jerome Rude, played by Flynn. The film was screened at a small number of independent cinemas in the Pembrokeshire area.

After almost 10 years away from acting, on July 2010 it was confirmed that Flynn would be playing the role of Bronn in the HBO television series Game of Thrones, based on the A Song of Ice and Fire novels of George R.R. Martin.  Flynn provides the voice of Daniel (the hound) in the children’s television show Tommy Zoom.

He also appeared on the television program So You Think You’re Royal? where it was established that through his mother he is a direct descendant of Oliver Cromwell, through his son Henry Cromwell, and also a descendant of Edward I, Edward II, and Edward III of England.

Flynn stars alongside Matthew Macfadyen in four series of Ripper Street for the BBC. And in 2016, he appeared in “Shut Up and Dance”, an episode of the anthology series Black Mirror.

Jerome Flynn has the estimated net worth of $3 Million. His salary and other incomes are not disclosed.

As a celebrity, fans want to know everything about their stars and sometimes fans make fake rumors about stars. Flynn also has been involved in such kind of rumor and there was a rumor that Jerome Flynn was dating Lena Headey.

Jerome Flynn has a height of 6 feet with a bodyweight of 84 kg. He has brown hair color and his eye color is blue.