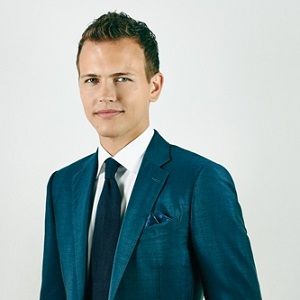 Everyone is looking for a purpose in life. The reason we all go to the cinema or online is because we haven't found a purpose yet. We are always wondering why we're here. But I've learned that we have to create that purpose for ourselves

My purpose, which I finally found thanks to social media, is helping all of these people find their purpose

I took the decision that everything I would post would be positive. If you say, 'Ahh, I feel terrible today,' and you spread that to the eyes and ears of millions of people, that's not good.

Being a popular social media personality, Jerome has a very controversial personal life. As he kissed a guy in one of his vine video, he he was said to be gay. As a result, he also lost many of his followers. Although, he later posted a video in which he stated he is not gay.

There was also a rumor that, Jerome was dating Jordan Hewson the daughter of Paul David Hewson, Irish musician. He and Jordan were also seen in Istanbul spending some romantic time together. Besides this, he has never seen with anyone.

Who is Jerome Jarre?

Jerome Jarre is a Vine star and Snapchat star. Apart from that, he is also an entrepreneur, creator, and humanitarian.

Furthermore, the French star also runs a YouTube channel named Jerome Jarre in which he has more than 1 million subscribers and more than 7 million followers on Vine.

As of now, he has also raised $4,000,000 to aid people in Somalia suffering from a recent drought. In addition, Jerome regularly posted many videos on Twitter advocating the Somali people and country.

Jerome was born on June 12, 1990, in Albertville, France. He grew up in his hometown along with his single mother Agnes Jarre. Talking about his education, Jerome dropped out of Kedge Business School after moving to China at the age of 19. After moving to China, Jerome learned to speak English and Chinese.

Jerome began his career as a businessman in China and later shifted to Toronto. While in Toronto, he founded a software company Atendy, with Christopher Carmichael.

As an established businessman, Jerome moved to Paris and started making Vine videos. As of 2015, Jerome has more than 7 million followers on Vine. Moreover, he has made many vines with several Hollywood celebrities including Pharrell Williams, Ashton Kutcher, Ansel Elgort, Beyonce, Ariana Grande, and few more.

After earning 7 million followers on Vine, the French social media star made an account on Snapchat and started using it. The hashtag #JeromeInsideSnapchat that he used for his tweet trended at No. 1 in the US and the UK. On one story on Snapchat, he gained 26 million views.

In 2015, he also began the #UglySelfieChallenge, inviting people to stop trying to take perfect selfies. Along with Gary Vaynerchuk, Jerome also founded a talent agency in May 2013. Besides this, he has also launched a campaign in which plastic bottles are used to light up the communities in the rural Philippines.

Recently, Jerome has activated his network of influencer friends to launch the first big Love Army campaign. Using the hashtag #lovearmyforsomalia, he raised nearly $3 million on gofundme. Later, he launched a method called Live Stream Direct Cash Transfer in which the CEO of Dahabshiil was able to transfer the funds from his phone live. All of the 1000 beneficiaries received $1000, and the moment was captured via live stream.

Being a social media personality and businessman, Jerome earns a handsome amount of money from his career. Currently, he has a net worth of millions of dollars. However, his salary and net worth are unknown.

So far, Jerome has won Shorty Award for Snapchatter of the Year in 2015.

Back in 2014, Jerome was hugely criticized by the Vine community after he posted a kissing prank on John Stamos and Stamos returned the kiss. Soon after that, there were heavy rumors of him being gay. For his mistake, he also lost many of his followers on Vine.

In the same year, Jerome again made the headline as he and Nash Grier decided to meet their fans in Iceland. However, later the crowd went too big and unmanageable. As a result, several people suffered injuries and he apologized on Twitter.