One of Hollywood's most successful producers, Jerry Bruckheimer is married and has a stepchild.

Jerry Bruckheimer has been married twice. His first wife was Bonnie Fishman Bruckheimer. They were separated in 1973.

Then, he married novelist Linda Cobb Bruckheimer in 1993. Linda has a daughter Alexandra. They currently live in Los Angeles. 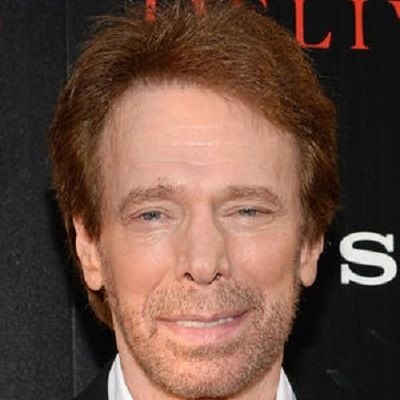 If I made films for the critics, or for someone else, I'd probably be living in some small Hollywood studio apartment.

Every time I make a movie I think that it's going to be my last one, I think that no one is going to show up. I always have this sense that they're all going to fail. I am scared to death.

I think that there's a certain synchronicity, so far, with what I like and with what the audiences like. But I don't make the movies for them. I make them because I wanna go see them myself.

I was always looking to be entertained. We lead such full lives and a lot of us don't lead very pleasant lives and don't like what we do... My dad worked his whole life as a salesman and that wasn't what he really wanted to do. He looked forward to two weeks vacation every year and he used to say to me, 'Whatever you do, make sure you do something you really like so you don't just have your vacation to look forward to.' And I love movies.

Who is Jerry Bruckheimer?

Jerry Bruckheimer is an American film and television producer. Likely, he has been active in the genres of action, drama, fantasy, and science fiction. Also, his best-known television series are CSI: Crime Scene Investigation, CSI: Miami, CSI: NY, Without a Trace, Cold Case, and the U.S. version of The Amazing Race.

Jerry Bruckheimer was born in Detroit, Michigan, the United States on September 21, 1943. His birth name is Jerome Leon Bruckheimer. There is no information about his family and his childhood.

There is no information about his siblings. Jerry holds American citizenship and Ashkenazi Jewish ethnicity. His birth sign is  Virgo.

Talking about Jerry’s education history, he completed his formal schooling at Mumford High School, after which he moved to the University of Arizona to study psychology and algebra.

Talking about his profession, in the early 1970s, Bruckheimer left his well-paid advertising job to take up a low-paying job to pursue his dream of making it big in the film industry. His first break came through in 1972 as an associate producer under Dick Richards on ‘The Culpepper Cattle Company’, followed by ‘Farewell, My Lovely (1975) and ‘March or Die’ (1977).

It was only through the 1979 ‘American Gigolo’ and 1982 ‘Cat People’ that he started getting noticed. However, it was his ‘Flashdance’, with co-producer Don Simpson, in 1983 from where his journey of delivering hits began. A series of super-hit films followed where Bruckheimer worked with Tom Cruise in ‘Top Gun’ (1986) and ‘Days of Thunder (1990) and Eddie Murphy in ‘The Beverly Hills Cop’ series, making them superstars of tomorrow.

Additionally, Bruckheimer and Simpson collaborated to form Simpson-Bruckheimer Productions and signed a long-term deal with Paramount Pictures. The duo complimented each other very well, with Simpson being known as ‘Mr. Inside’ due to his extensive contacts in Hollywood and Bruckheimer nicknamed as ‘Mr. Outside’, thanks to his filmmaking know-how and experience.

His association with Simpson ended during the production of ‘The Rock’ (1996) due to the latter’s drug issues and his death due to heart failure a month later. Soon after, he launched Jerry Bruckheimer Films and released ‘Con Air’ (1997). He tried his hand at television programs, starting off with ‘Soldier of Fortune, Inc.’ which failed to create a mark.

However, later, he became successful with the police drama ‘CSI: Crime Scene Investigation series, in 2001. Moreover, he produced the popular FBI missing people drama ‘Without a Trace’, ‘The Forgotten’, ‘Take the Money & Run’, and the Emmy-winning reality game show ‘The Amazing Race’.

He won the Outstanding Reality-Competition Program for The Amazing Race (2001) at Primetime Emmy Awards, he won Feature Films for Remember the Titans (2000) at Christopher Award. Likewise, he won Best International Film (Beste Buitenlandse Film) for Pirates of the Caribbean: At World’s End (2007) at Rembrandt Award in 2007 and 2008.

He has an estimated net worth of around $1.2 Billion (as per 2022 data) and he has earned that sum of money from his professional career.

Jerry Bruckheimer has a height of 5 feet 8 inches and his weight is 67kg. Jerry’s hair color is red and his eyes color is blue.

Also get to know more about the birth facts, education, career, net worth, rumors, height, and social media of different personalities like Griffin Dunne, William Petersen, and Marg Helgenberger.