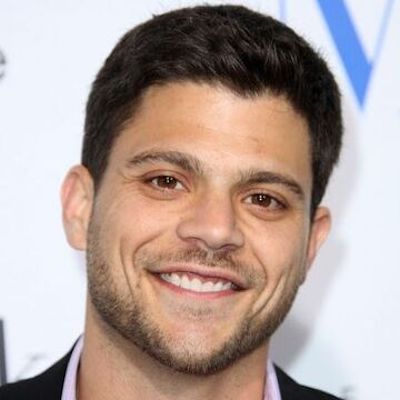 My biggest pet peeve are just girls who go to sports bars who have no intention on caring what teams are playing, like they're looking for just a night out. That drives me more crazy than anything else. Like, don't pretend to be a sports fan.

Any actor who is being honest will admit there's always a small or large part of the real you in every character. It's impossible not to have that.

My biggest pet peeve are just girls who go to sports bars who have no intention on caring what teams are playing, like they're looking for just a night out. That drives me more crazy than anything else. Like, don't pretend to be a sports fan.

What is the relationship of Jerry Ferrara?

Jerry Ferrara’s relationship status at present is married. He exchanged vows with Breanne Racano on 30 June 2017.

This couple started to date each other in 2014 and their wedding took place in Gervasi Vineyard, Ohio. The Bride wore a dress designed by Austin Scarlett. It was custom made that has an A-line silhouette, a plunging neckline, and a long train.

They performed the ceremony in front of the 160 guests and for their reception, they chose to have an all-Italian menu.

Jerry and her actress wife are now blessed with two children bit sons. Their first child Jacob Michael Ferrara was born in May 2019 and in April 2021, they welcomed their second kid.

Previously, he dated singer Jamie-Lynn Sigler from 2008 till 2009 and a model Brittny Gastineau in 2010.

Also, in the year 2012, he had a brief fling with actress Katie Cassidy.

Who is Jerry Ferrara?

Jerry Ferrara is a popular American actor. He is popular for his acting skills in Entourage, Power, Shooter, and more.

Recently he was seen in a comedy movie Dating and New York (2021) as Cole.

His birthdate is 25 Nov 1979 and he was born in Brooklyn, New York, the US. The name of his mother is Mariana and his father is unknown.

His parents are now separated and his mom married his step dad Mike Lautato.

Jerry’s ancestry is Italian and regarding his academics, he attended New Utrecht High School and Abraham Lincoln High School.

Jerry Ferrara is a popular face of the entertainment world who has appeared in several TV plus movies. His first movie was titled Where God Left His Shoes that was released in the year 2007.

How much does Jerry Ferrara earn?

As of 2022, he has collected a net worth of around $10 million US. The yearly salary from his acting journey is yet to be calculated.

This Entourage famed actor is keeping himself away from rumors and desperate scandals.

What are the body stats of Jerry Ferrara?

Jerry Ferrara’s height is 5 ft 4 inches and his body weight is 65 kg. In addition, his eyes are dark brown and his hair is in black color.