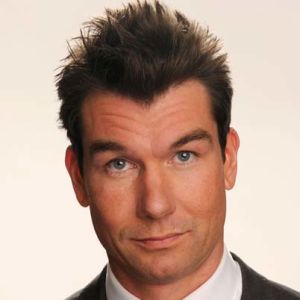 I highly suggest marriage to all my friends who are dating.

Jerry O’Connell is a married person. After being in the relationship with model Rebecca Romijn for several years, they finally got married on July 14, 2007.

Jerry has been in the multiple relationships in past including Giuliana Rancic from 2003 to 2006, Nancy Pimental in 2002, Sarah Michelle Gellar in 1999, and Nadia Dajani in 1996.

Currently, he is staying happily with his wife and children in New York City.

Who is Jerry O’Connell?

Jerry O’Connell is an American actor, producer, director, and writer. He is extremely prominent for his role in ‘Stand by Me’, ‘My Secret Identity’, and ‘Kangaroo Jack’.

Jerry was born on February 17, 1974, in Manhattan, New York City, U.S.A. His nationality is American and belongs to Mixed (Irish, Italian, and Polish) ethnicity.

He was born to Linda(mother) and Michael O’Connell(father). He was raised up with his parents in a friendly and entertaining environment along with his younger brother Charlie O’Connell who is also an actor.

Concerning his educational background, he attended Professional Children’s School. Later on, he also attended New York University and majored in filmmaking and acting.

Later in Aug 2009, he enrolled in Southwestern Law School, Los Angeles but dropped out to return to acting full-time.

Jerry O’Connell made his professional acting debut when he was only 11 years old and starred as ‘Vernon’ in the film “Stand by Me”. In the same year, he made his debut in T.V and appeared in ‘The Kingdom Chums” as ‘Osborne’.

At the initial phase of his career, he starred in several low-rated films including “Ranger, the Cook and the Hole in the Sky”, “The Beast of Today”, “Calendar Girl”, etc. and starred in a minor role in different T.V series including “The Equalizer”, and “Charles in Charge”.

He has also directed several episodes of the 1999 T.V series “Sliders”, which he wrote and produced himself.

He has an estimated net worth of $20 Million but his salary is not revealed yet.

Jerry often used to be a topic of rumor due to his numerous on and off a past relationship.

Jerry O’Connell has a height of 6 Feet and 2 Inches and bodyweight of 84 kg. He has dark brown hair and light blue eyes.