Jerry Trimble is an American-Canadian actor, stuntman, and motivational speaker.

Jerry Trimble at the present time is in a married relationship. He exchanged vows with producer Ami Dolenz on 10 August 2002.

His wife is the child of an actor/musician, Micky Dolenz. But unfortunately, the details of this couple’s child are not yet published. 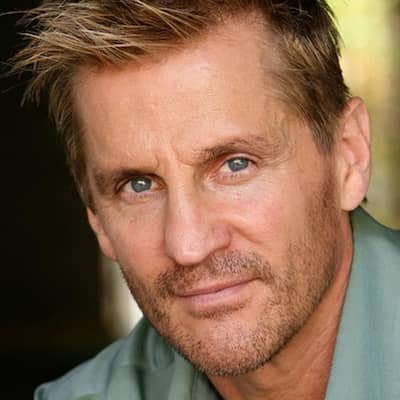 Who is Jerry Trimble?

Jerry Trimble is an American-Canadian actor, stuntman, and motivational speaker. He is popular for his amazing acting in iZombie, The Green Hornet, Charlie’s Angels, etc.

Jerry was also a kickboxer and was titled PKC Kickboxing Champion of the World. He is considered the fastest kicker of 118 MPH.

His upcoming acting projects Used Mercs and Green Beret’s Guide to Surviving the Apocalypse is filming.

Jerry’s ancestry is Caucasian and as per his academics, he studied Taekwon-Do when he was 14 years old.

Jerry Trimble is a popular face of the entertainment world. As a kickboxer artist, he started to train from an early age. Then at 15 years of age, he achieved the first-degree black belt position.

Then after three years, he started to compete in kickboxing. He has won championships like Kentucky State Championship plus several titles.

By the reports of 2021, he has accumulated a net worth of around $2 million US. The salary from his acting is behind the curtain.

This actor/kickboxer is keeping himself away from rumors and desperate scandals.

Jerry Trimble’s height is 5 ft 10 inches and his body weight is average. Moreover, he has blue eyes and his hair is also in brown color.

Also, he has a channel on YouTube that has more than 554 subscribers.