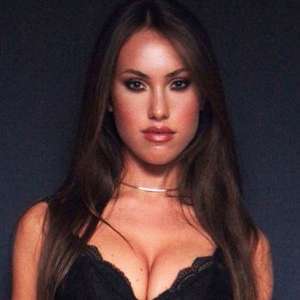 The young and talented English YouTube Star and a cover singer, Jess Greenberg is currently an unmarried personality as she has not been in any marital relationship with a guy.

The 22-years old cover singer and internet sensation, Jess Greenberg is believed that she is away from any sorts of relationships at the present times.

Thus, the social media personality, Jess Greenberg is currently not dating anyone and is making love with her professional as well at the present time.

Who is Jess Greenberg?

Jess Greenberg is an English YouTuber and Cover singer who is immensely popular for her work as a YouTube cover singer with more than 1.2 million subscribers on her YouTube channel.

She is also famous as she has been featured in the online editions of Star Central, Sports Illustrated, and Guitar World and in the print version of Metro UK. She is also serving for Winton Capital Management.

She was born on December 20, 1994, in London, England, United Kingdom, and the United Kingdom. Her nationality is British and her ethnicity is also English.

She was born to English parents and bought up in the same place where she was born. She was born with a birth sign of Sagittarius and was raised by her parents.

There is no further information about the family background of Jess Greenberg.

It is believed that she had a sheer interest in pursuing a career as a singer from the very early age of life.

Talking about the educational background of Jess Greenberg, she attended University College London and majored in degree in statistics, economics and finance and A-Levels in maths, further maths, economics, and French.

Jess Greenberg initiated her career as a social media personality and as a cover singer with her first YouTube video, a cover of the Carole King and James Taylor hit “You’ve Got a Friend,” in late October of 2010.

She started using her YouTube channel and kept on posting some of the song covers of The White Stripes, the Red Hot Chili Peppers, AC/DC, Daft Punk, and numerous other bands and artists.

She had an interest in funds and investment so she joined  Winton Capital Management and working with the head of Middle East Business Development and Investor Solutions.

Unlike other celebrities, there is no information about the love life of Jess Greenberg and her professional life as well.