Relation with her husband

Jess Loren is married. She is married to Erick Geisler, who is both a producer and a director.

There is no information on when they married or how they met. She has always kept her personal life private. She has also given birth to her children. She has a girl and a boy child, but their names and birth dates have not been released. 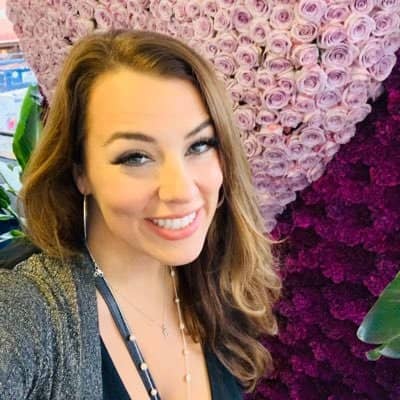 Who is Jess Loren?

Jess Loren is a well-known American entrepreneur, worldwide speaker, and the author of the book Pinterest for Business. She is also the founder of ChiTown Deals, which Tipper.com bought in May 2009, and contributed to Fast Company.

She is also a well-known social media personality with thousands of followers. Her most recent television series was The Guardians of Justice (Will Save You!), however, she has no forthcoming projects. She is well-known for her roles in Run, Social Weight Loss, and 2.0.

Jess Loren was born on February 15, 1985, in Chicago, Illinois, USA, and so has American nationality as well as caucasian ethnicity.

Jess has not revealed her father and mother’s names or occupations to the public. She has also not mentioned whether or whether she has siblings.

Jess Loren has already completed her university and high school education. She attended Schaumburg High School and graduated in 2003. She was president of her local Junior Achievement chapter throughout her high school years. Despite revealing her school’s name, there is no information on what major she graduated with.

Jess Loren and Swiderski collaborated in 2012 to create Pinterest for Business: How to Pin Your Company to the Top of the Hottest Social Media Network, a book about Pinterest and its business applications. The book earned little praise and spent some time on the list of Best Business Books. Legacy

Marketing Partners purchased Kambio Group, a digital marketing and events business started by Jess and Ed Swiderski, in May 2013. During this time, she also assisted in the promotion of The Twelve Bars of Christmas. Loren was the keynote speaker at Internet world in Stockholm in 2013.

Loren and Ed Swiderski started SocialTechPop as a business and technology blog. Jess shifted the focus in 2014 to events such as the Chicago Christmas Crawl, and has collaborated to bring Slide the City, a city-wide Slip ‘N Slide, to eight states. The firm is in charge of digital marketing for the Chicago Pride Fest and Market Days.

Some of her projects where she produced as well as showed her acting are:

Jess Loren has not disclosed any accomplishments, such as earning accolades, to the media or the general public. Perhaps in the future, she will share her accomplishments and prosperity with others.

According to the source, Jess Loren’s net worth in 2022 is $1.5 million, which she earned as an entrepreneur, worldwide speaker, and author. Despite the fact that she has property, buildings, vehicles, and a variety of other items, her complete worth has not been disclosed and is still being reviewed. Jess has also not declared her annual earnings or earnings from her work.

Jess Loren has evaded scandals and conflicts that would have damaged her personal and professional life. So far, she has managed to escape the negative remarks and create her own personal space at these organizations.

Jess Loren has not revealed her body weight but her height measurement is 5 feet 7 inches which she shared with the public. There is also no information on her physical measurements, such as her hips, waist, and breast sizes. On the outside, she has light brown hair, brown eyes, and a fair complexion. Despite being in her late thirties, she has kept her physique in good shape and has a charming smile.

Jess Loren is a regular social media user. She is an active Instagram user, with 1898 followers and 1871 posts. Jess has shared several images of herself enjoying time with her children and close friends. She has shared several photographs of her kids having fun with them. Jess just published a photo of herself and her hubby enjoying quality time together.

Similarly, Jess Loren is active on Twitter, where she has 12.1k followers and about 12.1k tweets since joining in April 2009. She’s also on Facebook, where she has 567 followers. She has also shared several images of her child and her close one on this website. Despite the fact that she is an active and frequent user of social platforms, she is not active on TikTok or on her YouTube channel.