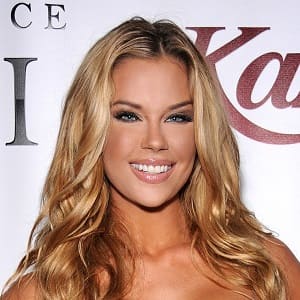 What is the relationship of Jessa Hinton?

Jessa Hinton was previously in a relationship with the multimillionaire poker player Dan Bilzerian.  She has revealed that she is bisexual. At present, she is believed to be single.

Who is Jessa Hinton?

Jessa Hinton is an American model and television personality. Jessa Hinton has appeared in TV series like ‘Playboy Cyber Girls’ and ‘The Playboy Morning Show.’

Hinton was born in Los Angeles, California as Jessica Lynn Hinton on April 10, 1984. She was born as the eldest of five siblings. As a child, she was active in gymnastics and cheerleading. Additionally, she became interested in modeling from an early age.

She is of American nationality. Furthermore, there are no details available relating to her ethnicity at present.

Talking about her education, no information is available about Hinton’s educational background.

Hinton began modeling at the age of 16. In addition, she had a minor acting role in the TV shows ‘7th Heaven’ and ‘Baywatch.’ She has also modeled for ‘Leg Avenue’ and ‘Super Street Bike Magazine.’ In October 2009, Hinton was named the Miss Cyber Girl in ‘Playboy.’ In addition, Jessa has also interviewed Manny Pacquiao while she was working on Top Rank Boxing.

Hinton has not revealed her current salary. Furthermore, there are no details available about her estimated net worth at present.

Hinton’s relationship with Dan Bilzerian was part of several controversies. Furthermore, she broke up with Dan after she found out that prostitutes and drugs were involved in his private poker games. At present, there are no rumors concerning Hinton and her career.

Talking about her body measurement, Hinton has a height of 5 feet 8 inches (1.73 m). Additionally, she weighs around 52 kg. She has a body measurement of 34-25-34 inches. Furthermore, her hair color is blonde and her eye color is hazel.