They were high school sweethearts. The couple tied the lifelong knot on January 11, 2016, and has been sharing a huge bond since then.

Likewise, they don’t seem to be in a hurry to share any child. 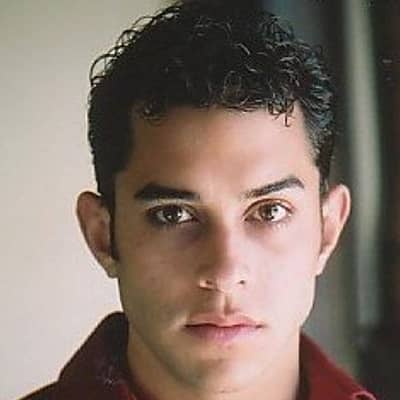 Who is Jesse Carrion?

Jesse Carrion was born on April 8, 1983. However, he hasn’t revealed the details about his birthplace. His full name is Jesse Lewis Carrion. As of 2021, he celebrated his 38th birthday.

He was conceived by Puerto Rican Parents Louis Carrion and Nicza Carrion. Jesse grew up with his two older sisters Stefanie Carrion and Melinda Carrion in Orlando, Florida. He started working as a young actor at the age of 5. Soon, he realized that he would fit in the entertainment industry and started singing and dancing.

He holds an American nationality and his ethnicity is Puerto Rican. Talking about his education, he graduated from the Performing Arts Magnet Program at Dr. Phillips High School located in Orlando. Later, he graduated with a B.A. Degree in Acting from the prestigious UCLA Theater and Film Department.

He first worked at Hollywood video rentals in Los Angeles during college at UCLA. After working there for some time, he started serving at the famous Grove movie theater and finally went to Blockbuster.

He made his first Prime-time TV appearance as Raul on Windfall alongside Gabrielle Christian. Likewise, he was in the choir with Taina in the Nickelodeon Series, Taina. He played Jose, a gay senior at the high school and head of the cheerleading squad in the film, The Lockdown Club. Similarly, he took over 3 years to make his first official album ‘Closer.’

In September 2006, he made his National Tour Debut with the National Non-Equity Tour of “Rent” as Paul/Understudy for Angel. It was a dream come true for him. Moreover, he went on tour as Diego in the live production of Nickelodeon children’s series Go, Diego, Go.

Speaking on his income, he makes a decent sum of money through his successful acting and singing career. He has not disclosed the information about his finance.

There are no rumors and controversies about his personal or professional career.

Carrion is a handsome guy with great charm and boldness. He is a good-looking guy with a stable height and moderate weight. His hair color is black and his eyes are dark brown. Moreover, he is best recognized for his Irresistible looks and Smily Face.

Being an actor and singer, he is quite popular on media platforms. He has around 2.4K Followers on Twitter. Likewise, he also has a Youtube account with around 454 followers.