Jesse Draper is a married woman. She is married to her longtime boyfriend, Brian MacInnes. The couple tied the knot on 15 June 2013 at Menlo Circus Club. Their wedding was grand and over 400 guests were present at their wedding.

The couple was in a relationship for around half a decade before they vowed to stay together. They do not have any children yet. 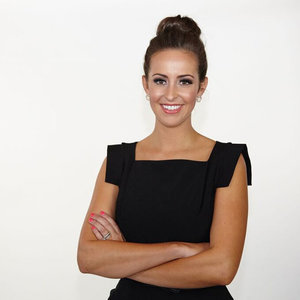 Who is Jesse Draper?

Jesse Draper is an American talk show host, investor, and former actress. Jesse Draper came to fame after being seen in The Naked Brothers Band with Nat Wolff and Alex Wolff.

Jesse Draper was born on January 5, 1986, in the United States of America. His nationality is American and his ethnicity is Ashkenazi Jewish.

Her birth name is Jessica Cook Draper. Draper grew up in Silicon Valley in the midst of the dot-com boom. She is the daughter of Melissa Draper and Timothy C. Draper who is the Silicon Valley venture capitalist. She has three siblings, Adam, Billy, and Eleanor. She is the niece of Polly Draper and the first cousin of Nat and Alex Wolff.

There are no clues about her educational background.

Jesse Draper is a multimedia talent. She began her career as an actress on the hit Nickelodeon series “The Naked Brother’s Band”, a family show created by her aunt Polly Draper that she starred in with her cousins Nat and Alex Wolf. She quickly became known as Jesse, the hot nanny.

Draper’s career progressed with small movie roles in “The Mighty Macs” starring Carla Gugino and “Ticket Out” starring Ray Liotta. When she was knee-deep in the Hollywood scene, she decided t create her own show using the internet as a medium.

Draper created a talk show celebrating the ‘movers and the shakers of the business world. Labeled as “must-see startup TV” by USA Today, “The Valley Girl Show” took off on Valley girl.tv and she has since interviewed such guests as Ted Turner, MC Hammer, Eric Schmidt, and Elon Musk: A fun interview by ‘the Valley Girl” has become a coveted moment in a CEO’s career.

Jesse Draper claims to be ‘the Ellen Degeneres of business’. Valley Girl. Inc. is now a multiplatform media company that runs a series of blogs, “The Valley Girl Show” and Draper is a discoverer helping pave the way for the new world of social media. Valley Girl, Inc. recently acquired the LA technology culture blog Lalawag. Draper is a blogger for  Virgin.com, Business Insider, and Pop17 in addition to Valley Girl, Inc.’s blog network.

Jesse Draper: Salary and Net Worth

There is no information about her salary and she has an estimated net worth of $1.5 million as of 2022.

Draper is working very hard as she wants to establish her career and doesn’t want to be such a kind of rumors and controversies factor.

Jesse has a height of 5 feet 1o inches. She has blonde hair and brown eyes. Furthermore, there are no details regarding her body measurements.

Also get to know more about the birth facts, education, career, net worth, rumors, height, and social media of different personalities like Jesse Draper, Quad Webb Lunceford, and Jeanie Buss.