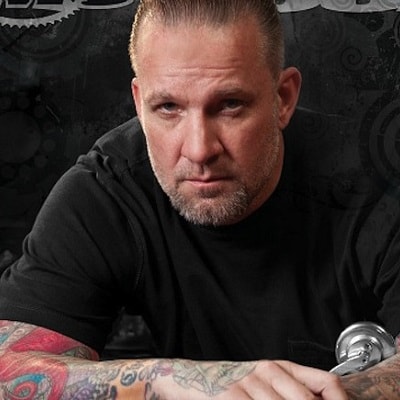 Just able barely to mount a horse and ride about a little in the spring of 1866, my life was threatened daily, and I was forced to go heavily armed. The whole country was then full of militia, robbing, plundering and killing

From Nelson county we went to Logan county to see some relatives we had there, and after staying until the middle of October, I returned alone to my home in Missouri

I had hope, however

I had been wounded seven times during the war, and once before in this same lung

and I did not believe I was going to die.

Jesse James is a married man. He married his first wife Karla in 1991. They have two children together- Chandler James and Jesse Jr. As James’ extra-marital affairs rocked the marriage, they got divorced in 2002.

He married Janine Lindemulder in the same year. The pair welcomed a daughter named Sunny but the marriage too did not last and they divorced in 2004. He has sole custody of their daughter and his ex-wife fought to regain custody but James won full custody while the mother was given weekly visitation rights during the day.

After that, he dated actress Sandra Bullock and they married on July 16, 2005. But in March 2010, several women claimed to have affairs with James and he issued a public apology on March 18, 2010. His wife filed for divorce and got finalized on June 28, 2010.

In January 2011, he became engaged to Kat Von D, a tattoo artist but by July 2011, their engagement was already called off. A few months later, they were back to being engaged in August 2011. Von D accused James of cheating on her with multiple women and the pair broke up for good in September 2011.

Soon after the break-up, Jesse James went on to date drag racer Alexis DeJoria. She is the daughter of billionaire John Paul DeJoria and the pair got engaged in late 2012 and married on March 24, 2013. He is currently living with his wife.

Who is Jesse James?

He was born on April 19, 1969, in Long Beach, California, USA as Jesse Gregory James. He was born to father Larry James, an antique dealer. His parents divorced when he was very young and his father singly raised him.

He played football during his high school days, but his dreams of becoming an NFL player came to an end because of an injury. Also, he later dropped out of college.

Initially, he opened his own shop, West Coast Choppers, but struggled to keep it open.

Luckily, Discovery Channel chose James’ company in 2001 to be featured in their documentary Motorcycle Mania and offered Jesse James to host their reality show ‘Monster Garage’. He hosted the show from 2002 until it was canceled in 2006 and he closed down West Coast Choppers in 2010 after it ran out of business.

Similarly, his other notable appearances include in American Chopper, Gas Monkey Garage, Biker Build-Off, and many more.

He has an estimated net worth of around $100 million and he has earned that sum of money from his professional career.

James was fined $271,250 by the California Air Resources Board (CARB) in 2007 after they determined that James sold his motorcycles in violation of California’s clean-air laws.

Jesse James has a height of 6 ft. 2 inches and he has blue eyes and dark brown hair.