Jesse Metcalfe is an American actor and musician. He is known for his portrayal of John Rowland on Desperate Housewives. 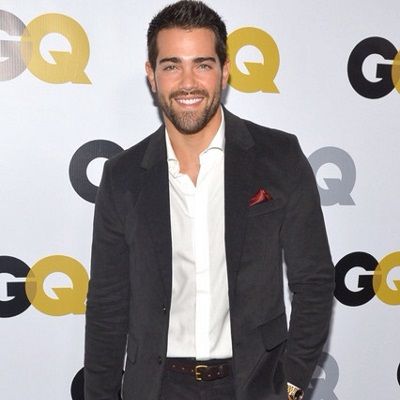 If my shirt's off all the time on national TV, with 20 million people watching, I want to look my best

I don't think I'm destined to be the eternal bachelor

I start nearly every day with a workout.

Currently, he is engaged to Cara Santana. Cara is also an actress. After knowing each other for more than a decade, Jesse proposed to his girlfriend on  August 13, 2016.

However, the pair have confirmed that they are not planning on getting married anytime soon.

Who is Jesse Metcalfe?

Moreover, he is the winner of the SAG Award.

Metcalfe was born on December 9, 1978, in  Carmel Valley Village, California. Currently, the actor is 41 years old. He was born as the son of Nancy (mother) and Jeff Metcalfe (father).

There is no information about his siblings. He belongs to American nationality and  Italian, Portuguese, English, Irish, and French ethnicity.

Moreover, he got his higher education at New York University where he studied the subject of his interest, Acting, and Film at the prestigious Tisch School of the Arts.

Metcalfe’s debut came in the role of Miguel Lopez-Fitzgerald on the NBC soap opera ‘Passions’ in July 1999. It was announced in March 2004 that he would not renew his contract with the series, and his final airdate was in July 2004.

Following that, Jesse starred in the ABC comedy-drama series Desperate Housewives. This is his most popular role until now. He portrayed the role of John Rowland. His character is involved in an affair with married housewife Gabrielle Solis portrayed by Eva Longoria Basto.

For a brief period, Jesse did acting in both Passions and Desperate Housewives together. However, after some time, he quit Passions to focus on Desperate Housewives full-time. Following the first season of the series, creator Marc Cherry revealed Metcalfe would have a recurring role in the series. Jesse made his final appearance as a special guest star on the show in the month of October of 2009.

Moreover, in 2005, he played a young high schooler in the music-video of Let Me Go of popular band 3 Doors Down. Jesse’s film debut came in the 20th Century Fox comedy film John Tucker Must Die. The movie starred Sophia Bush, Brittany Snow, and R&B singer Ashanti.

The movie’s filming took place in Vancouver, Canada on a budget of $18 million. Both his performance and the movie had mixed responses. However, the movie made a lot of money,  $68,824,526 worldwide. For promotion, Jesse also hosted an episode of the British TV chat shows The Paul O’Grady Show.

According to some notable online sources, Jesse has an estimated net worth of around $12 million. Furthermore, his annual income is about $1.4 million. His primary source of income is acting.

In 2005, Jesse won two awards. He won the Screen Actors Guild Awards for the Outstanding Performance by an Ensemble in a Comedy Series. Moreover, he also won the Teen Choice Awards for the Choice TV Breakout Performance in the same year.

In addition to this, he has also received a nomination for Teen Choice Awards Choice TV Actor: Comedy in 2005.

In March 2007, Jesse entered a drug rehabilitation center. He had an addiction to alcohol.

Jesse Metcalfe has a height of around 5 feet 9 inches. Moreover, he weighs around 83 kg. Jesse has black hair and green eyes. There is no information about his shoe size and another body size.

You may also like to read Jenna Bans, Daniel Booko, and David Brisbin.

Everything to know about the Canadian model Corin Jamie Lee Clark! Who is she dating? Few interesting facts about her!