Singer-songwriter Jesse Money is a great performer as well. However, she is low-key about her romantic life.

There’s a high possibility for Jesse Money to be single at present. She has never posted anything related to her love life on her social media.

Likewise, there are no evidence and information on her past relationships as well. It seems she is more focused on her career rather than building a relationship with someone. She is sure to get true love on her journey. 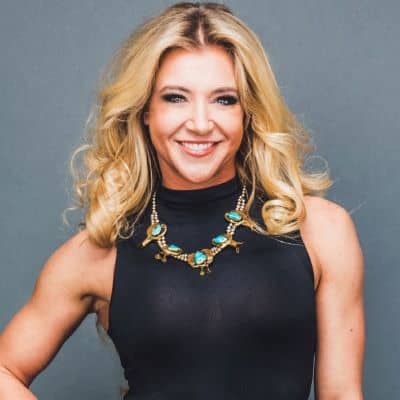 Who is Jesse Money?

Jesse Money is a well-known social media personality. She is popular as a singer, musician, songwriter, and television star.

She is also famously known for being the daughter of an American singer, songwriter, and multi-instrumentalist Eddie Money.

Jesse Money, actual name Jessica Mahoney, was born on June 22, 1988, and as of 2021, she is  33 years old. She was born in Long Island, New York. So, she holds an American nationality and belongs to the white caucasian ethnicity. She falls under the zodiac sign of Cancer and follows the Christian religion.

Further, Jesse has four siblings. The oldest brother is Zachary Money and the three younger brothers are Joseph Money, Julian Money, and Desmond Money. Eddie Money has a large Irish Catholic background and her grandfather, Daniel Patrick Mahoney, was a police officer.

As for her educational background, she attended Westlake High School and graduated high school from it. Other than these, there is no information on her further academic qualification such as University.

Jesse Money is a celebrity kid and gained popularity for being the only daughter of Eddie Money, a famous singer as well as an instrumentalist. After her graduation, she began her career as a backup singer for her dad’s and brother Desmond’s band.

She made her debut on a television show called Rock the Cradle singing competition in 2008 but she was eliminated in the first round after performing 3 Doors Down’s When I’m Gone. The show was a competition for children of musicians to win a deal with a major record label.

After that, she has shown up on Fox’s Don’t Forget The Lyrics with her father to raise money for charity in the same year. Jesse sang ‘Because of you’ by Kelly Clarkson but fell short of $100k as she missed a chorus.

Jesse Money began her music profession with her debut recording Wanna Go Back. Her recordings consist of three tracks: Mockingbird, Ain’t No Mountain and Hang On I’m Comin. Jesse has also gone on tours with her dad as the backup vocalist in his band.

She likes to sing Take Me Home Tonight with her father especially and also his other greatest song tracks. Jesse is best known for her solo performance of Turtle Blues by Janis Joplin. Furthermore, she also likes to sing the hit cover of Eddie from his 2007 hit album, Wanna Go Back, with her late father.

In April 2018, Jesse and her family began their show on the reality program, Real Money. But it was permanently canceled after the death of Eddie Money on September 13, 2019. Before his death, Jesse and her father starred in the “Eddie Money: The Real Money Concert” television show in 2019.

Currently, her brothers Desmond and Julian Money are following in their father’s footsteps and work as a musician. Jesse is also a multi-instrumentalist like her father and can play instruments like cowbell, piano, maracas, guitar, and tambourine.

As of now, Jesse has not won any awards or been nominated in any categories yet. However, Jesse is a skilled and multi-instrumentalist singer and will be recognized as she is popular and talented. She is sure to bag a few awards through her talent and make her late father proud.

Jesse is quite famous among the people. She earns quite a decent amount of money from her profession. She has a net worth estimation of around $16 million US dollars as of 2022. Her main source of earnings is her profession as a singer and television shows.

Jesse is popular for being the daughter of Eddie Money but she has never been involved in any sort of rumors and controversies.

Money has always stayed away from any scandalous news. Further, she prefers to keep her professional life and personal life separate and private.

She wears a bra of size 34B. She has a healthy and fit body type and it seems she works out as well. Her hair is blonde in color and has pair of sparkling blue eyes.

Jesse is active on some social media platforms. She is available on Instagram under the username ‘@whosjessemoney‘ and has accumulated 15k followers as of now.

Moreover, she also has a Twitter account and goes by the name ‘@Realjessemoney‘ with more than 1.2k followers. She is quite active on her social media and mostly posts about her family, and her father, and promotes her albums.

Insight on the life of Anna Strout, wife of Jesse Eisenberg! Know about her parents, relationship, children, marriage and net worth