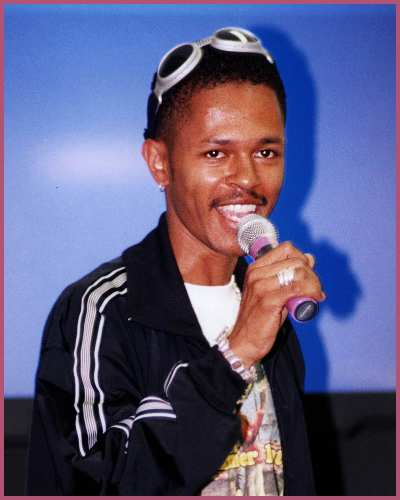 His family members, sisters Trina and Tamara Powell confirmed the news on Wednesday morning, September 14 via social media platforms. Jesse was the older brother of them

The two took to Instagram to announce the tragic news with an emotional statement. The post reads,

“It is with a heavy heart that we announce the passing of our beloved son, brother, and uncle Jesse Powell,”

According to the family, the singer died peacefully in his Los Angeles home. The statement continued,

“Jesse loved music and he especially loved his fans who supported him throughout his career. We want you all to know that you meant the world to him.”

The family asks for privacy at this time as they mourn this tremendous loss and celebrate his everlasting legacy. Similarly, the statement was signed off by thanking fans.

“Jesse loved music and he especially loved his fans who supported him throughout his career. We want you all to know that you meant the world to him.”

The cause of his death is yet to be announced.

Our team conveyed condolences and tributes through our hearts to the beloved singer Jesse Powell and his family.

Tamara aside pay respect to the late brother Jesse Powell

The R&B singer, Tamara shared another post on her respective Instagram, a video of her brother performing “You” to the cheats of the crowd. She then wrote a sweet caption on the clip,

“Aside from being one of the best R&B male vocalists out there, you were the best big brother ever. I loved you so much. I’m thankful that we were so close; a whole mess all the time,”

“We absolutely adored you [and] our family will not be the same without you.”

Jesse was an American R&B singer and songwriter. Besides, her genres were Soul and Blues. He rose to prominence for his hit “You” which peaked at No. 2 in R&B and No.10 on the Billboard Hot 100.

Powell released four studio albums throughout his career. Similarly, his sophomore record “Bout It” was certified gold by the Recording Industry Association of America in 1999.