Due to the pandemic, the couple made their wedding ceremony an intimate one.

He proposed to his wife Kali on a week-long hike in the Peruvian Andes.

The couple met for the first time in the year 2014 at the Chicago music festival. They married after having an affair for six years.

Spencer first met actress Jennifer Morrison at Vancouver International Airport as they were both in the town to shoot for the American TV show, House. They officially started dating in July 2004 and later got engaged in December 2006 as he proposed to her at the Eiffel Tower during their Paris trip. But, they didn’t get married as they called off their engagement in August 2007.

Spencer started dating professional surfer Maya Gabeira towards the end of 2010. After keeping their relationship low-key for some time, they eventually made their relationship public. Spencer even credited their different professions for the strength of their relationship. However, it seemed that they had broken up by the start of 2014 as he was seen kissing an unidentified woman at the LAX Airport in Los Angeles.

In 2018, Spencer was reported to be dating Kali Woodruff after they posed as a couple on the red carpet at the Unbridled Eve Gala during the 144th Kentucky Derby in Louisville, Kentucky. 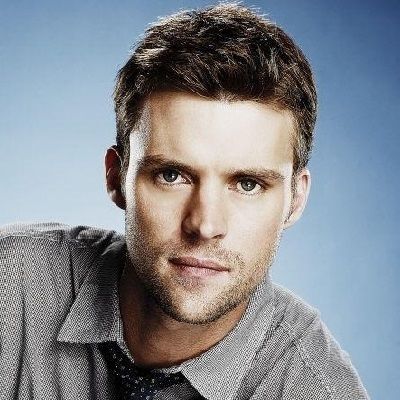 I'm glad I'm back to being a nobody

Mum decided that I could sing a bit, so she put me in a choir, which I hated and it was just a nightmare. I was a rebellious sort of choirboy

I'm from Melbourne - it's a city of about 3 million - but when you're growing up in a place like that and you think it's quite a big city, and then you travel around and you go, "Actually . . . no." So when I go back now, Melbourne feels like a country town. My mum will be in like 15 cars of traffic and she'll be complaining. And I'm like, "That's not traffic, I'm sorry!"

Who is Jesse Spencer?

Jesse Spencer is an actor who got his first big breakthrough in the soap opera Neighbours. His acting skills in Chicago Fire and House have also been widely appreciated.

He buckled down to fulfill his dream of becoming an actor and has since been richly rewarded.

Jesse was born on February 12, 1979. His birthplace is Melbourne, Victoria, Australia. Jesse’s father’s name is Rodney Spencer who is a doctor and his mother’s name is Robyn Spencer.

His parents are the founders of the Australians Against Further Immigration, a political party. This couple has run as candidates for the state elections and federal elections a number of times.

He comes from a family of doctors but he never had any interest in following in the footsteps of his father and 2 older brothers.

Jesse was only interested in acting and because of this very reason, he even decided against completing his college education.

Jesse Spencer went to the Canterbury Primary School. Later, he studied at the Malvern Central School and the private Scotch College.

After completing his VCE, he studies at Monash University. He later decided to defer his studies to focus on his acting career.

He plays the role of Billy Kennedy in the soap opera Neighbors from 1994 to 2000. On the 20th anniversary of the show, he reprised his role on an episode in 2005.

He then portrayed the role of Dr. Robert Chase in one of the medical dramas on Fox Television, House.

For the show’s entire run, Jesse Spencer portrayed the role of Chase becoming the second longest-serving character in the drama. Currently, the stars on television as the role of Lt. Matthew Casey on the NBC drama Chicago Fire. The show started on television in 2012 and is still going strong.

As for his film credits, Spencer has acted in movies like the Uptown Girls, Swimming Upstream, and Winning London. This versatile actor’s musical career began with the Australian Boys Choir.

He sang with them for six years starting from 1986-92. On the Band From TV, he plays the violin. This group includes Hugh Laurie, his House co-star. The money earned is donated to different charities across the world. This band played a song at the American Idol Gives Back

Spencer was nominated for various awards. In Logie Awards 1998 and 1999, he was nominated for “The Most Popular Actor”, for “Choice TV Breakout Performance – Male”, and “Outstanding Performance by an Ensemble in a Drama Series” at the 2008 Screen Actors Guild Awards for his performance in House. This actor, who has been included in the 100 Most Beautiful People issue of the People Magazine.

Spencer has a net worth of $8 million dollars. He has up to now performed in various of the good movies and so must have good earning.

He has maintained a good relationship with all people in his personal and professional life. And so he doesn’t fall under any rumors and controversies.

Jesse Spencer is active on different social media platforms. He uses Twitter and has more than 288K followers. Likely, the actor is also active on Instagram with over 21K followers.