Jesse Watters is an American political commentator who cheated on his wife of 10 years. Later in December 2019, he wed the woman, Emma, 27 with whom he had an affair with. 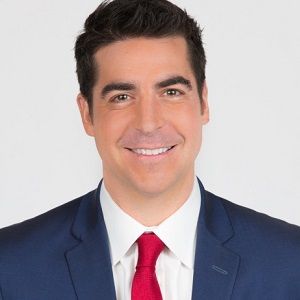 When the cause is just, and there's been injustice, then it's easy to kind of galvanize your emotions and confront a guy

If America vetted Muslim immigrants as toughly as the 'New York Times' vets Donald Trump, this would be a safe country.

Previously, Jesse was married to Noelle Inguagiato Watters in 2009.

They walked down the aisle after being in a relationship for a couple of years. Jesse and Noelle have beautiful twin daughters named Ellie Watters and Sophie Watters.

In March 2018, his wife Noelle filed for divorce and the reason is Jesse’s extra-marital affair with a young associate producer Emma DiGiovine.

In December 2019, he married Emma in a star-studded event in Naples in Florida.

Who is Jesse Watters?

Jesse Watters is an American political commentator and critic on the Fox News Channel.

He became famous after appearing on the political talk show The O’Reilly Factor.

In addition, Jesse also runs a show called “Watters’ World” in which he interviews the man-on-the-street.

Currently, he is a co-host of the series The Five.

He grew up with his parents in Philadelphia, Pennsylvania.

Jesse began his journalism career as a production assistant at Fox News.

After working with Fox News, he shifted to The O’Reilly Factor as production staff.

Later in 2004, Jesse made his debut in segments of O’Reilly’s show.

Currently, Jesse Watters works as a host of Watters’ World and co-host of The Five on Fox News Channel.

Besides this, he also featured in The Spin Stops Here Tour 2017 as a guest alongside Bill O’Reilly and Dennis Miller.

Jesse Watters has been dragged in a couple of controversies. Once, he was heavily criticized for his racial segment, Watters’ World. In which Jesse had given some racism segment toward Asian Americans.

Furthermore, this became popular as the Chinatown segment in which he asked New York City’s Chinatown Chinese Americans about karate, martial arts, and other things.

Back in April 2017, Jesse again came into the limelight after commenting on some harsh words towards Ivanka Trump.

However, he later stated, “It’s funny, the left says they really respect women, and then when given an opportunity to respect a woman like that, they boo and hiss.”

Jesse Watters has a height of 6 feet and his weight is unknown. He has light eyes and brown hair.