Jesse Williams is no longer a married man. He was previously married to his longtime girlfriend Aryn Drake-Lee. The couple got married on 1 September 2012. They had two children together named Maceo Williams(son) and Sadie Williams(daughter). After five years of their marriage, Williams filed for divorce on 18 April 2017. Their divorce is not finalized yet.

After the divorce with his ex-wife, he has been linked with an actress. He is having an alleged affair with Friday Night Lights actor, Minka Kelly. Both the celebrities have not confirmed their relationship yet. 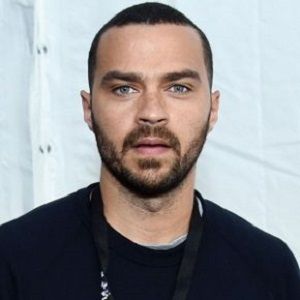 We as men, in particular black men, are constantly supported, nurtured, forgiven, apologized for, led, followed and coddled by black women, and they get very little in return.

We often grow up being told that we can do this or that, but if you don't see anybody that looks like you doing it, you don't believe you can do it. But I had great teachers, and I wanted to be a great teacher.

We should all have the opportunity to at least get a basic education and feel that you are worthy of something in life.

Who is Jesse Williams?

Jesse Williams is an American actor, model, and activist. He is mostly recognized for his role as Dr. Jackson Averyon the ABC Television series Grey’s Anatomy (2009–present).  He is also famous for his role as Eric Medina in the series Beyond the Break (2006). Williams has also appeared in an episode of Law and Order and had a recurring role in the series Beyond the Break.

Talking about the early life he was born on 5 August 1981. Jesse is an American by nationality and belongs to African-Americana and Swedish ethnicity.

He experienced his childhood in Chicago, Illinois, USA. His birth name is Jesse Wesley Williams. His parents are Johanna Chase, a professional potter, and Reginald Williams. He has two younger brothers who are visual artists.

He made his feature film debut with a supporting role as Leo in The Sisterhood of the Traveling Pants 2 (2008). The following year, he portrayed the character, Eddie Quinlan, in Brooklyn’s Finest. In addition, he appeared in the theater productions of The American Dream and The Sandbox at Cherry Lane Theatre.

Williams began appearing as Jackson Avery in the ABC television series Grey’s Anatomy on October 15, 2009. The following year, he became a series regular on series. For his role in the series, he was nominated for the People’s Choice Awards for Favorite Dramatic TV Actor in 2016. In 2010, BuddyTV ranked him No. 6 on the list of “TV’s 100 Sexiest Men”. The following year, BuddyTV ranked him No. 11 on the same list.

In addition to acting, Jesse worked as an executive producer of the documentary film Stay Woke: The Black Lives Matter Movement in 2016. Moreover, he serves as the executive producer of Question Bridge: Black Males. Williams won the humanitarian award at the 2016 BET Awards for his speech highlighting racial injustice and police brutality.

Jesse Williams: Salary and Net Worth

Rumors are that Jesse is currently having an affair with beautiful American actress Minka Kelly. He has not confirmed anything about his current relationship status. Thus, it might be just a rumor.  Rumors are that he is about to leave Grey’s Anatomy.