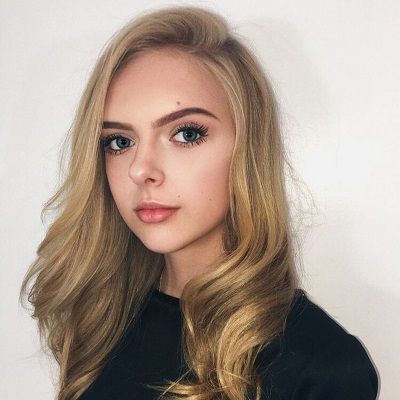 Who is Jessica Belkin?

Jessica was born on May 16, 2002, in Los Angeles, California, US. Her mother’s, father’s, and siblings’ identities are not disclosed.

Jessica appeared in TV shows like American Horror Story (2015) for seven episodes and Pretty Little Liars (2015) for a single episode. She has played the characters of a vampire girl and Bethany respectively.

In 2019, Jessica appeared in a comedy-family-fantasy TV show Just Add Magic. She was featured for six episodes and played the character of Leah.

This actress was also featured in advertisements of Lowe’s, Kohl’s, Aflac and Olive Garden.

Jessica is also an amazing singer. Her songs like Mother & Six flags were released in the year 2012. In 2011, her song Fly In My Dreams came out.

Jessica Belkin has blue eyes and blonde hair. Her height 5 ft 6 inches and weight is 55kg.

Jessica Belkin’s Instagram has around 378k followers and has posted over 671 posts. Her Facebook page has over 1.9k followers and was created on May 28, 2012.

She is also active on Twitter since Jan 2013 and has around 2.4k followers. Her YouTube channel has around 2.08k subscribers.