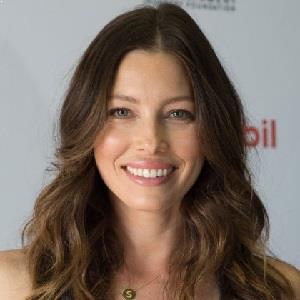 I've never gotten to do romantic comedy like most of the girls. Maybe because I'm fit, people assume that I'm not funny?

There is so much pressure to look a certain way in this town. But it's nice to have a little meat on you, and I hope I inspire women to appreciate their muscular calves.

I think my parents were originally going to name me 'Snowmo Biel', so I guess in that respect 'Jessica' was a real win for me!

What is the relationship of Jessica Biel?

Jessica Biel is a married woman and is living her life happily with one of the sexiest men alive, Justin Timberlake.

She married her boyfriend Justin on October 19, 2012, and had their first child. Her child’s name is Silas Randall Timberlake.

In July 2020, this couple has welcomed their second child, Phineas.

Who is Jessica Biel?

Jessica Biel is an American actress who is immensely popular for her work as an actress in the 2003 film ‘The Texas Chainsaw Massacre’ whereby, she portrayed the role of Erin Hardesty.

She is currently working on her role as Lisa in the 2017 film ‘Shock and Awe’.

Jessica Biel was born to Kimberly, a homemaker and spiritual healer, and Jonathan Biel, a business consultant and General Electric worker in Ely, Minnesota, United States of America.

She was born on  March 3, 1982, and was raised by her parents in numerous places like  Texas, Connecticut, and Woodstock, Illinois before settling in  Boulder, Colorado. She is 39 years old.

Her nationality is American and her ethnicity is mixed (German, French, English, Irish, Choctaw).

Talking about the past relationships of Jessica Biel, who attended Fairview High School during her days in Boulder, Colorado, USA.

After she graduated from Fairview High School, she applied and joined Tufts University in Medford, Massachusetts.

Jessica Biel initiated her career as a vocalist when she was nine years of age but, she got the opportunity to work on her debut Television show drama TV Series 7th Heaven’ in 1996 and her debut film ‘Ulee’s Gold’ in 1997.

For ‘7th Heaven’, she worked for nearly ten years and got her breakthrough for the role of Erin Hardesty in ‘The Texas Chainsaw Massacre’.

After her success in ‘The Texas Chainsaw Massacre’, she played in some television shows and films including ‘Blade: Trinity, ‘Stealth’, ‘Cellular’, etc.

She was also ranked #5 on the Maxim magazine Hot 100 Women in 2007 and ranked #16 in FHM magazine’s “100 Sexiest Women in 2006. She is also famous for being the wife of the famous singer Justin Timberlake.

It was reported that Biel would appear in and executive produce the true-crime drama Candy for Hulu in October 2021.

Jessica Biel and her husband Justin Timberlake sell their Manhattan penthouse for $6.35 Million. Their penthouse is a three-bedroom apartment.

Jessica Biel was affected by the rumor about her pregnancy.

But, at the Ellen show, she cleared the rumor about her second child. She has not been embroiled in any major controversy.

Jessica Biel is 5 feet and 6 inches tall with a weight of 55 kg.

Jessica Biel and Justin Timberlake’s Romance Is Still the Same After 15 years of Togetherness!