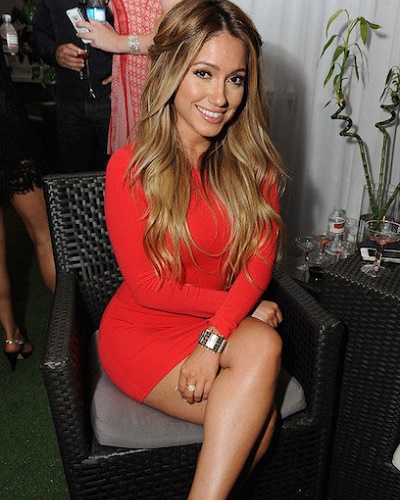 The beautiful American model Jessica Burciaga and American basketball star Paul George are in a serious relationship at this time. The couple has been seen together in public places several times. Their relationship started in 2013.

It seems like they are together for a very long time, but Paul is not the first love of her life. Let’s find out everything about her previous and present relationships.

Here’s more about her previous relationships

Jessica Burciaga has been in a number of relationships in her life. Her long list of boyfriends begins with Lance Moore. She dated American football wide receiver for the Pittsburgh Steelers of the NFL, Lance Moore for few months in her early career days.

Also read Charlie O’Connell, The Bachelor(Season 7) star and his longtime girlfriend, Anna Sophia Berglund is just married! Anna was the Playmate of Playboy

She had controversies because of her and Hefner’s relationship. They broke up later that year due to their age difference and other reasons.

That wasn’t the end of her affairs. After her separation with Hefner, she began dating the American football star Miles Austin in 2009. She was unlucky again, she didn’t make it long.

They were together for almost two years. Their relationship came to an end at the end of 2010. After that, she dated American Disc Jockey DJ Drama for several months.

And then, she found the love of her life when she met Paul George. Currently, she is in a relationship with the famous American basketball player Paul George. The couple began dating each other back in 2013.

They are not married till now and none of them have revealed any plans of settling down at the moment. They have been together for four years now and there is no news about their separation till now. She is very happy with Paul and it seems like this relationship is her happy ending.

You may like to read Pamela Anderson, Tommy Lee and their son are not on good terms. Lee says, “My fiancé and I were in bed when my son busted into the room and assaulted me.”

Jessica Burciaga is an American model and Playmate. She is famous for Playboy’s Playmate of the Month February 2009. Her popularity is mainly because of her early adoption of Facebook and Myspace. She has appeared as a glamor model in several publications and music videos. She is popular by her nickname Jessie. More bio… 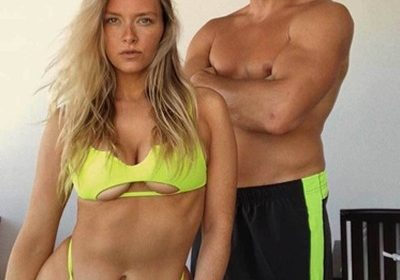 Camille Kostek spills secrets to her relationship with Rob Gronkowski!