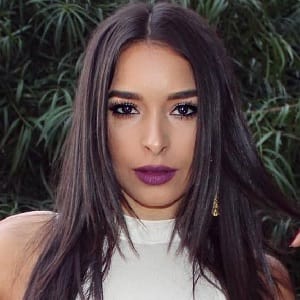 Jessica Caban is currently in a relationship with popular singer and rapper Bruno Mars. The pair began dating in 2011 after they met accidentally at a restaurant in New York. Jessica eventually moved to LA to live with Bruno a year later.

Who is Jessica Caban?

Jessica Caban is an American fashion model and actress. She became the first ever Model Latina champion. Additionally, people also know her for her role as Sonia in the TV series ‘Jane the Virgin.’

Caban was born as Jessica Marie Caban in New York City, New York on June 13, 1982. She was born to Puerto Rican parents. In addition, she has an elder brother.

As a child, she wanted to be a lawyer when she grew up. Jessica is of American nationality. Furthermore, she belongs to the Puerto Rican ethnic background.

Talking about her education, there are no details available about Caban’s educational background at present.

Caban initially began her modeling career at the age of 20. She was selected to represent Jennifer Lopez’s line ‘J-LO’ as a runner-up in a nationwide search. Since then, she has appeared in several other commercials and magazines. Additionally, she also landed the main role in Proyecto Uno’s music video ‘Holla.’

In addition, Caban also auditioned for Sí TV’s new reality competition show, ‘Model Latina’ in 2008. Furthermore, she became Sí TV’s first-ever Model Latina in the season finale. She also received a $10,000 contract with Q Management. Jessica has three credits as an actress for her appearances in ‘Jane the Virgin’, ‘Bruno Mars: Whatta Man’ (Video short), and ‘Are You for Great Sex?’

Caban has not revealed her current salary. Furthermore, there are no details available about her estimated net worth at present.

There are several rumors which suggest that Caban and Mars might be expecting their first child. This, however, remains a rumor as neither of them has spoken regarding the matter. Furthermore, Jessica has not been part of any notable controversies in her career to date.

Talking about her body measurement, Caban has a height of 5 feet 4 inches (1.63 m). Additionally, she weighs around 53 kg. She has a body measurement of 35-24-34 inches. Furthermore, her hair color and eye color is dark brown.