Is Jessica Camacho is dating anyone?

Jessica Camacho is currently single. She hasn’t introduced anyone as her boyfriend publicly. Maybe she is waiting for her love of life.

Jessica Camacho was in a relationship with Carlos Valdes, a Colombian actor. However, the couple has separated. She hasn’t shared any information about her past relationship. 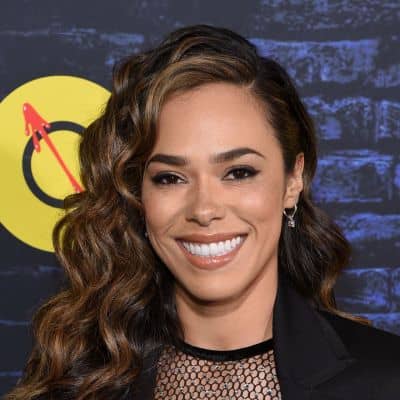 Who is Jessica Camacho?

Jessica Camacho is an American actress and producer.

Jessica was born on 26th November 1982 in Chicago, Illinois. Her full name is Jessica Lisa Camacho. However, there are no details regarding his parents. Besides that, Jessica has a brother named Carlos Camacho.

On other hand, she hardly shares her personal info on social media platforms. She holds American nationality with Hispanic ethnicity. Camacho is 39 years old.

At her friend’s suggestion, Jessica started taking acting classes also. After a while, she settle down in San Franciso, where she helps herself by doing a job as a Waitress.

Jessica attended the famous American Conservatory Theater. Camacho worked in many theatres and television in Chicago and earned her Screen Actors Guild Membership card as well.

Jessica Camacho debuted in Come On Over (TV Series) in the role of Joy in 2007. In the following year, he played the role of Blonde in Nothing Like the Holidays comedy-drama. Similarly,  in 2009, he played savannah in The Beast (TV Series).

Besides that, in 2011, she played the role of Marilu in Gossip Girl (TV Series). In the following year, she was cast as Lucia in El Jefe (a TV Movie).

In 2014, Camacho was seen in many movies including NCIS: Los Angeles, Castle, Suburban Gothic, and Veronica Mars. She was portrayed Eva Bowen in Stalker (TV Series) in 2015.

Moreover, Jessica made her appearance as Reya in Harley and the Davidsons (TV Mini-series) in 2016. In the following year, she presented herself as an Elena in Casual (TV- Series). From 2017 to 2018, she played a Gypsy in The Flash (TV Series).

Furthermore, Camacho made her appearance in Another Life TV Series in the role of Michelle Vargas (2019).In 2021, she played a Maria in A Christmas Proposal (TV Movie). As of 2022, Jessica appears as an Emily Lopez in All Rise (TV Series).

As of now, Jessica’s short movie Strangers in the Night is in Post- Production.

Jessica was arrested for stabbing her brother Carlos and his girlfriend Dominique Crystal Pichardo while arguing. When her neighbor Christina Ann Gilliland, a nurse was trying to help victims, Camacho punched her. She bailed out for $91,500.

Jessica Camacho has a net worth of $10 million as of 2022. Although she is living lavishly, she hasn’t given any statements regarding his income and salary yet.

Jessica Camacho stands at the height of 5 feet 2 inches with a 54 kg weight. She has dark brown hair with black eyes.

She has an hourglass body type along with 32-25-36 inches body measurements. Similarly, she wears a bra size of 34c and a shoe size of 6(US).