(actress and a singer)

Michigan-born Jessica Cauffiel is an actress and a singer. 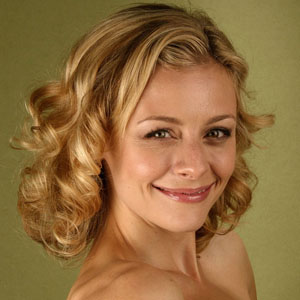 Jessica is a bold and a beautiful woman. According to some sources, she is already married secretly. But it is just a rumor and there is no concrete proof regarding her marriage.

Who is Jessica Cauffiel?

Michigan-born Jessica Cauffiel is an actress and a singer. Additionally, she is also a multi-instrumentalist and plays piano, guitar, and percussion.

Presently, she is a prominent figure in the media for appearing in the 2001 film, “Legallyinde”. She played the character of ‘Margot’ in the film. Furthermore, she is also famous for starring Tori in the 2004 film “White Chicks”.

Jessica was born in the city of Detroit in the state of Michigan. Born on March 30, 1976. She possesses American nationality and ethnicity is mixed(Polish, English German, Scottish, Northern Irish/Scots-Irish).

She was born to parents, Deborah and Lowell Cauffiel. Her mother is a social worker and her father is a screenwriter and TV documentary producer.

As per her education, she attended the University of Michigan School of Music. She graduated from there with a Bachelor of Fine Arts degree in Musical Theatre and Vocal Jazz.

Jessica initiated her music career during her school days. During her college days, she sang on a cruise ship and in jazz and blues clubs, and in other bands. As per her acting career, she played in theater plays like, “1001 Nights”, “City of Angels”, “Antigone”, “Assassins”.

She made her debut in a TV series, “Law & Order” in 1998. She played a minor role in an episode of that series. The next year she debuted in a film, “The Out-of-Towners”. She played the role of Susan Clark in the film. She went on working hard waiting for the best opportunity. Consequently, she landed the role of Margot in the 2001 film “Legally Blonde”. It gained her fame and success in the industry.

Furthermore, she became even more popular starring Tori in the 2004 film “White Chicks”.Additionally, she starred in movies like, “Hoot”, “Valentine”, “You Stupid Man” and others. Similarly, she featured in several TV projects like, “Cuts”, “Frasier”, “My Name Is Earl”, and so on.  Multi-talented Jessica is also a singer. In 2014, she gave a musical performance in India for the 14th Dalai Lama and 20,000 other monks. She also plays piano, guitar, and percussion.

Jessica Cauffiel: Salary and Net Worth

Presently, she earns a pretty good amount of salary and has a net worth of $600,000.

Jessica focuses on her career. Presently, there are no rumors that support that she is secretly married to her long-term boyfriend.