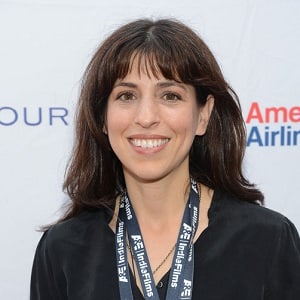 [on her show The Path (2016)] It was a very difficult sell. I think people really responded to it, but were ultimately afraid. I think religion is just a subject people don't feel comfortable taking on. [Variety 2016]

Jessica Goldberg was previously married to actor Hamish Linklater. The pair married on 21 January 2002. They later separated in 2012. They have a daughter together Lucinda Rose who was born in April 2007. At present, she is believed to be single.

Who is Jessica Goldberg?

Jessica Goldberg is an American screenwriter, playwright, and television writer. People mostly know her as the creator of the Hulu series ‘The Path.’ Additionally, she was also the writer of five episodes of the TV series ‘Parenthood.’

Goldberg was born in the United States in 1975. There is not much information available about her early life and childhood at present. She is of American nationality. Furthermore, there are no details about her ethnic background.

Talking about her education, Goldberg attended the Juilliard School and is a graduate of the dramatic writing program at New York University. Additionally, she also attended the University of the South.

Goldberg was the writer of story and screenplay of the short film ‘Affair Game’ in 2006. In addition, in 2008, she worked on the TV movie ‘The Prince of Motor City.’ Since then, she has worked on numerous other movies and television series. All in all, she has several credits as a writer and producer.

Some other movies and television series that Goldberg has worked in are ‘Suspicion’, ‘Parenthood’, ‘Alex of Venice’, ‘Deception’, ‘Refuge’, ‘Camp’, and ‘3 Days’ among others. Furthermore, her play ‘Refuge’ premiered at Playwrights Horizons. She has also authored books including ‘Stuck, Good Thing’, ‘Get What You Need: Drama’, and ‘The hologram theory’ among others.

Goldberg has not revealed her current salary. In addition, there are no details available about her net worth.

Goldberg has not been part of any notable controversies in her career. Furthermore, at present, there are no rumors concerning her life and career.

Talking about her body measurement, there are no details available about Goldberg’s height and weight. Her hair color is dark brown and her eye color is brown.