Who is Jessica Hausner dating?

Reflecting on the personal life of the director, Jessica Hausner, she is possibly single. There is not any information regarding her relationship affairs. Her personal life is not in the limelight.

She stays away from the tabloids and there is not any solid proof that leads to her marital lifestyle and children. 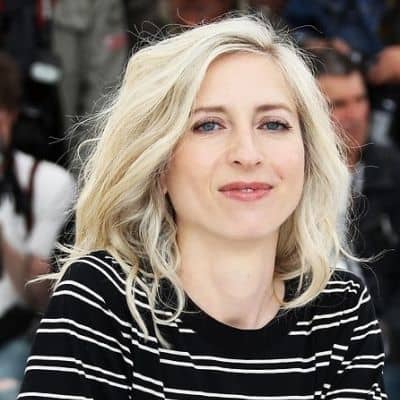 Who is Jessica Hausner?

Jessica Hausner was born in Vienna, Austria on 6 October 1972. Hausner is 49 years old as of 2022 and holds an Austrian nationality. She is of European ethnicity and Libra is her birth zodiac sign according to the astrologers.

Her father, Rudolf Hausner was an Austrian painter, draughtsman, sculptor, and printmaker. She is the sister of, Tanja Hausner, a costume designer, half-sister of Xenia Hausner, a set designer, and painter.

Talking about her educational life, she went to Filmacademy Vienna and studied there. Later in 2017, she was assigned as a member of the Academy of Motion Picture Arts and Sciences.

Then, she appeared as a producer of the Austrian-German movie, ‘Sleeper’ in 2005. It was directed by Benjamin Heisenberg and premiered at the 2005 Cannes Film Festival in the Un Certain Regard section.

In 2009 she directed the movie, ‘Lourdes’. It stars Léa Seydoux, Bruno Todeschini, Elina Löwensohn, and

Sylvie Testud. The movie earned her, Vienna International Film Festival’s Vienna Flim Prize for Best Film. She directed Amour Fou in 2014 which was premiered at the 2014 Cannes Film Festival in the Un Certain Regard section.

In 2019, she directed the drama film, ‘Little Joe’ and it got on the Palme d’Or list at the 2019 Cannes Film Festival. The movie earned the Best Actress award to Emily Beecham at the Cannes Film Festival. It casts, Emily Beecham as Alice Woodard, Ben Whishaw as Chris, Kerry Fox as Bella, Kit Connor as Joe Woodard, David Wilmot as Karl, Jason Cloud as Student, Leanne Best as Britanny, Lindsay Duncan as Psychotherapist, Janine Duvitski as Eleanore.

On May 17, 2019, it world premiered at the Cannes Film Festival. Within a short time, BFI Distribution and Magnolia Pictures got the U.K. and U.S. distribution right. On 1 November 2019, Filmladen released it in Austria while on 6 December 2019 it was released in the United States. Later, X Verleih AG released it on 9 January 2020 in Germany.

Jessica Hausner has an estimated net worth that ranges between 1 to 5 million USD while her salary and income are still unknown.

Jessica Hausner has not been involved in any rumors or controversies up to date. He prefers to stay out of the limelight and has well maintained his professional as well as personal life.

There is no info revealing the body measurements of Jessica Hausner including her height, weight, bust, waist, and hips sizes.

Though, with a fair complexion, she has a pair of green eyes and blonde hair.