Updated On January 11, 2023 | Published By: Claude Payton
Share this
Married 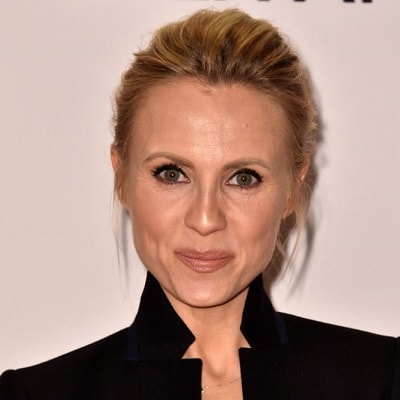 What is the relationship of Jessica Holmes?

Jessica Holmes is a married woman. She has been married to Arie Solomon since March 2015.

She announced the news of her engagement on live TV on KTLA Morning News. She announced her pregnancy on May 25, 2015, and welcomed a son named Levi Solomon on October 8, 2015.

Who is Jessica Holmes?

Jessica Holmes is a famous American television personality who is currently working as a morning news anchor of the KTLA Morning News on Los Angeles.

Also, she worked as the co-host of the popular Nickelodeon TV series ‘Slime Time Live’.

How old is Jessica Holmes?

She was born on November 17, 1976, in Cleveland, Ohio, USA. Jessica is currently 45 years old. She has not disclosed any information regarding her parents, sibling, and childhood.

Jessica holds American citizenship but her ethnicity is unknown.

She attended the University of Central Florida and received a Bachelor of Arts Degree in radio and Television.

She began her career working as an intern for Nickelodeon in 1999 and then got a part-time job in the finance department. She was approached by a producer and asked if she would like to appear on air.

Subsequently, she was hired to host ‘Bragging Rights’ which ran for 13 episodes with Jessica as the host.

After that, she shifted to Los Angeles and at that time, she was jobless. Then her agent submitted an application for Holmes and she got a job at KTLA Morning News.

Similarly, she ran the segment ‘The Audition’ and then began doing weather segments on the KTLA Morning News. Then she began co-hosting a new 9 am morning news show after two years.

It seems Jessica has not been awarded and nominated for her work to date. I hope, she will be awarded in the future.

How much is the net worth of Jessica Holmes?

This popular TV star has earned huge fame and fortune in her career.

Jessica has been successful in keeping herself far from rumors and controversies in her personal and professional life.

Jessica Holmes has a height of 5 ft. 1 inch and has blue eyes and light red hair. Also, her body measurement is 34-25-36 inches.

Other information regarding her weight, shoe size, weight, dress size, etc. are not available.