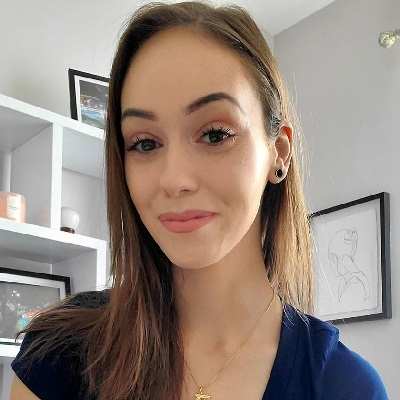 Jessica Kent is engaged to his long-term boyfriend named Reece. The couple has been dating each other since 2013.

After 6 years of dating, the YouTube couple got engaged to each other. On 8th December 2020, they shared their first engagement picture. As of now, they are planning their wedding.

She has two daughters. Being a protective parent, she has not shared the name of her daughters. However, she shared pictures of her family along with her daughter and fiancee on the occasion of Christmas.

Who is Jessica Kent?

American Jessica Kent is a YouTube Personality. Kent is renowned for sharing about herself on YouTube that went viral.

Jessica Kent was born on 15th September 1989 in the United States. She is of British ethnicity.

In August 2019, she introduced her father, Jim Kent, and stepmother, Mary Kent. Her dad, Jim is a radio personality. Also, she interviewed her mom via YouTube interview. She has a brother named Micheal.

Moving to her academics, she is currently pursuing a Bachelor’s in Psychology.

She started her YouTube channel on 3rd September 2015. Later, on 24th October 2018, she uploaded her first video, Pregnant in Prison. In the video, she shared her experience of being pregnant in prison.

Also, she runs her second YouTube channel, Jessica Kent Vlogs that has 52.6k subscribers with more than 2.33 million views.

Besides that, she also earns through her merch and blogs.

The charismatic YouTuber has brown eyes with brunette hair. She has a decent height and weight. However, details on her body stats are not available.

Also, she has tattoos on her left hand.

Darkest Time of her Life

Jessica had a terrible life when she was a teen as she was addicted to drugs. Her drug addiction led to various series of terrible events in her life including charges like a felony, drug possession, and many more charges.

Due to such charges, she gave birth to her first child in prison. After that, her daughter went to the United States Department of Homeland Security. Later, she won the custody of her daughter.