Jessica Layton is a well-recognized American news reporter and journalist. Layton is married to Andrew Catalon and is the mother of one kid. 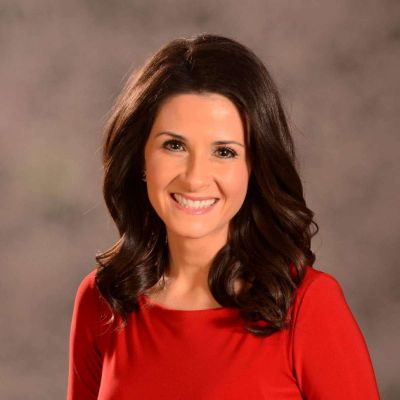 Talking about her relationship details, Jessica Layton is a married woman. Layton is happily living a married life with an American sportscaster, Andrew Catalon. Andrew proposed to Jessica in front of her family on 4 July 2010.

Moreover, the news reporter accepted the proposal and as a newly engaged couple went for a walk on the beach. They tied the knot on 17 July 2010 at St. Pius X Church in Loudonville. Also, their wedding reception was held at Saratoga National.

They are blessed with a baby boy named Christopher James Catalon and live happily in East Greenbush.

Who is Jessica Layton?

Jessica Layton is a well-recognized American news reporter and journalist. Layton worked at WNYT News Channel 13 and is working as an anchor at WNYT-TV since 2008.

Moreover, she is also known as the wife of popular American sportscaster, Andrew Catalon.

Jessica Layton was born in December 1982. At present, her age is 38 years old. Likewise, her birthplace is the United States.

Jessica is the daughter of her father, Jim Layton whereas her mother is Karen Layton. Moreover, she has not mentioned her sibling’s information in the public till now.

Talking about her nationality, Layton holds an American identity whereas her ethnicity is Caucasian.

Regarding education, the news reporter attended Syracuse University in 1999. Later, she completed her graduation with a Bachelor of Arts(BA) and Broadcast Journalism and Political Science. Earlier, Layton studied her earlier education in Burnt Hills Ballston Lake School.

Professionally, Jessica began her career in Watertown, and later she spent three years at WWNY, the city’s CBS affiliate. She also destined like pieces on the 10th Mountain Division at Fort Drum and she played a huge role in Iraq and Afghanistan.

Moreover, Layton hosted the station’s weekend 6 and 11 p.m. newscasts. In 2006, Jessica joined MNYT and worked as the NBC affiliate’s Berkshire news chief. Presently, she also anchors the station’s Weekend Today. The news reporter also works as a reporter for WCBS-TV.

Layton has also gained attention as the wife of a popular sportscaster, Andrew Catalon. Andrew has mentioned his PGA Tour on CBS, NFL on CBS, NBA on CBS, College Basketball on CBS, and so on. Earlier, the sportscaster worked as a sports reporter at WNYT.

A famous American news reporter, Layton has earned a handsome amount of money from her profession. She lives a luxurious lifestyle along with her family.

It is reported that Jessica Layton has an estimated net worth of $100k-$500k.

Jessica has never been part of any controversial matter or rumors till now. The star has been preoccupied with her professional and private life.

It seems that Layton prefers enjoying her personal life and does not want to merge it with her professional life.

38 years young star, Layton has beautiful looks and an admirable personality. She has not mentioned her exact height but she seems to be more than 5 feet tall.

Furthermore, Layton has brown eyes whereas her hair is brown.

Nevertheless, the news reporter has never mentioned other physical details in the public yet.

Regarding her social media presence, Jessica Layton is an active personality on social media. Jessica has more than 9k followers on her official Twitter account @JLaytonTV.

She is also active on Facebook with around 10k followers.