Jessica Mulroney is a Candaian fashion stylist. She is a personal stylist of the celebs including Meghan Markle. Jessica is married and has three children. 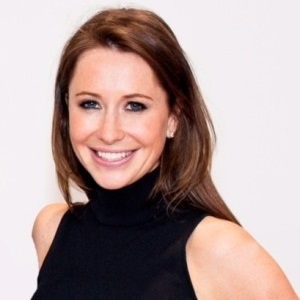 Jessica Mulroney is a married since 2008. She is married to the Canadian television host, Ben Mulroney. After dating each other for several years, the couple got married on October 30, 2008. Their marriage ceremony was held in St. Patrick’s Basilica in Montreal, which was attended by the only their family and relatives.

She is the mother of three children, fraternal twin sons, and a daughter named Brian Gerald, John Benedict Dimitri, and Isabel Veronica. There is no other record of her past and present relationship. It seems like Ben is the first lover of her life. She is happily living with her husband and children and there is no sign of divorce at all.

Who is Jessica Mulroney?

Jessica Mulroney is a famous Canadian fashion stylist, best known for styling ensembles for Sophie Gregoire-Trudeau, the wife of the prime minister of Canada, Justin Trudeau.

Jessica Mulroney was born in 1980, in Canada. Mulroney is a Canadian by nationality and is of mixed ethnicity.

She was born to the Canadian parents, Stephen Brownstein and Veronica Brownstein. She has a sister named Elizabeth Brownstein. She grew up with her sister. She has not revealed the exact information about her birth date and birthplace.

There is no any information about her childhood life and early education. She is a niece of well-known Montreal personality, Bill Brownstein, who is a writer for the ‘Montreal Gazette’.

Due to a lack of transparency in her professional life, there isn’t any exact information about how Jessica started her career. Her ancestors were the founders of the fashion footwear retailer, Browns Shoes.

It is assumed that she started her career as a fashion stylist in a young age. She is one of the most popular fashion stylists of Canada and her work is loved by almost all Canadians and other citizens.

Jessica Mulroney became more popular when she became the stylist of Sophie Gregoire-Trudeau, the wife of Canadian Prime Minister, Justin Trudeau. She and her sisters in laws co-founded a charity called The Shoebox Project, aiming to provide makeup to women living in shelters.

There are no rumors of her dating another man beside her marital relationship. She is dedicated to her husband and children. She has never been criticized for her work and she has never been dragged in any controversies till now.

Jessica has dark brown hair and blue eyes. Furthermore, there are no details regarding her body measurements.

Jessica Mulroney, 40, Meghan Markle’s former best friend returns to social media and talks about her fear to come out of the house after her racism row!