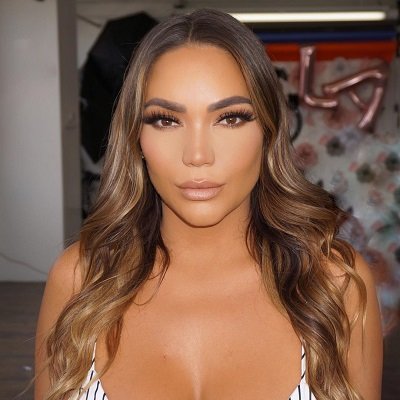 Prior, she was dating Karlen Shubaralyan. However, the relationship ended when Karlen was arrested for domestic violence.

Before that, she was married to the Shahs of Sunset cast member, Mike Shouhed. They married on the 29th of March 2015 at the Millennium Biltmore Hotel Los Angeles.  Also, they extended their honeymoon to the locations including Mykonos, Ibiza, and Paris.

However, they separated after six months. Finally, they divorced in 2017.

In 2019, she welcomed a son. Till the date, she has not revealed the father of the baby yet.

American Jessica Parido is an entrepreneur and TV Personality. Jessica is renowned as the Ex-wife of reality TV personality, Mike Shouhed.

She is a registered nurse. Also, she is the owner of a retail women online shop, GLAM ENVY LLC.

Jessica Parido was born Jessica Anne Parido on the 12th of December 1988 in Orange Country, California. She is of British-Irish ancestry.

She has a younger sister, Kristina Parido.

Her identity as a TV personality rose when she married Mike Shouhed. Mike is one of the casting members of Bravo’s reality TV series, Shahs of Sunset.

As the wife of Mike, she made her appearance in the series. Till the date, she has featured 35 episodes of the series.

Before her fame, she started her career as a registered nurse. After her fame as a TV personality, she established her own retail business, GLAM ENVY LLC.

GLAM ENVY LLC is the online fashion store for women. She also represents her clothing business as a model.

Through her career as a nurse and entrepreneur, she has made a hasty net worth of $2.5 million. Her earnings as a TV Personality is in the range of $19k – $208k.

Also, her earnings as a nurse were are in the range of $47k – $88k. Apart from that, she also makes through her retail women online business, GLAM ENVY LLC.

At the age of 14, she suffered from leukemia, a rare form of the disease that is caused by an increase in the leucocytes abnormally. Despite that, she didn’t lose her hope to survive. Also, she obtained full support from her family.

At the tender age of 15, she went through strong chemotherapy. Later, she won the battle against the disease with the bone marrow transplant from her sister. At the time, her sister was only 12 years old.

Being Mother a Maricle

Experiencing the motherhood for Jessica is a Maricle for her. At the time when she fought battle against cancer, she went through a high dose of chemotherapy. Due to that many specialists suggested that she would never have a baby of her own.

After divorce, she had been in a relationship with Karlen Shubaralyan. However, they ended their relationship when Karlen was accused of domestic violence against his Ex-wife.

For that, he was sentenced to jail for 25 years for that.