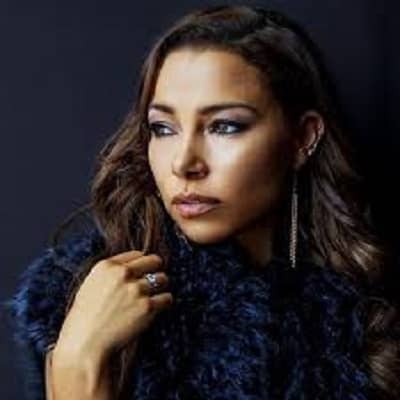 Entitlement is just the grossest kind of human behavior

We have to think beyond ourselves

I hate to cook, but I love to eat. I would want to be able to conjure yummy and healthy meals by wiggling my nose.

Jessica is in a relationship with Ronen Rubinstein. Her boyfriend is an Israeli actor, writer, director, and environmentalist.

This couple has been dating since 2018.

She previously had an affair with Luke Arnold in 2014. However, this relationship ended early.

Who is Jessica Parker Kennedy?

In addition, she is famous for having a character in TV shows “Smallville” and ‘Black sails”.

She was born on October 3, 1984, in Calgary, Alberta, Canada. At present, she lives in Los Angeles.

She is the daughter of Toni Kennedy. Her mother was a school teacher. She grew up a single child and she was uplifted by her mother. The information related to her father has not been revealed yet.

The 37 years old actress Jessica holds a Canadian nationality whereas she belongs to African-Canadian, Italian, Russian ethnicity. She has mentioned on her Twitter account that her ancestors are Russian.

Talking about her academics, she attended Mount Royal College to study Theatre Arts.

Primarily, she started acting from an early age as of seven years old. In 2006, she began the acting job in a TV movie called “Santa Baby”. This performance gave her the opportunity to secure a lead role in a film titled “Another Cinderella Story.”

Likewise, she starred in another fantasy TV series called “The Secret Circle” in 2011. She played the main role of Mellissa Glaser in that series. After that, she performed her role as Meghan Rose in the popular TV series ‘90210”.

In 2014, she combined the most expensive show named “Black Sails” which was historical adventure series. This show ran for three years.

Furthermore, she appeared on the romantic web series “I Love Below and Lucy” with Tanisha. Similarly, she portrayed the role of “Babysitter” in the horror movie “Deep Murder”. After that, Jessica performed the role of Nora West Allen/XS in the fourth season of the superhero TV series “The Flash”.

Her net worth is around $1Million (estimated). However, her salary and other earnings are unknown.

Rumors are spreading that she is not going to perform on The Flash season 7. However, it is fake news.

Regarding her body features, she has a height of 5 feet 1 inch. While she has a weight of 53 Kg.

Further, her eyes are light brown in color; her hair is warmed up with blonde highlights.