Jessica Serfaty is an American model, actor, and social media personality. Jessica Serfaty was sharing a romantic relationship with the actor, Ed Westwick

Jessica Serfaty was sharing a romantic relationship with the actor, Ed Westwick. The couple was super close and didn’t miss to share a glimpse of their romance with the fans through social media. However, the couple is no more together. They were facing a rough patch in their relationship.

Currently, Jessica Serfaty relishes a happily engaged relationship with her new man named Kaan Gunay. The couple officiated their relationship via Instagram on the occasion of 2019th Valentine’s Day. Afterward, they didn’t hesitate to flaunt their relationship. The news of their engagement in July 2019 came as shock to many when she came front to spill the bean and announced that they were officially engaged on Instagram. As per the Instagram post, they got engaged while they were out for the few countries.

Jessica Serfaty met  Ididia Serfaty a property manager, at church, when she was sixteen and he was twenty-two. Shortly after the first encounter, Jessica got pregnant, and both of them exchanged the wedding vows. The couple welcomed their first child, Roman Serfaty

Moreover, the couple was happily married until Jessica moved to LA to make a successful career. Jessica remained so busy with her professional commitments that she couldn’t even give time to her family. Unfortunately, as things couldn’t work well, Jessica parted the way with her husband and son. 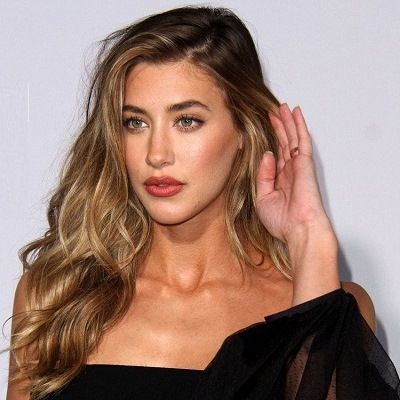 Who is Jessica Serfaty?

Jessica Serfaty is an American model, actor, and social media personality, who rose to fame as a contestant on cycle 14 of ‘America’s Next Top Model.’ Likely, she is well known as the lady-love of Hollywood actor Ed Westwick.

Jessica Serfaty was born in Little Rock, Arkansas, the United States on  April 4, 1991, and she is currently 31 years old. Unfortunately, there is no information about her and her family.

There is no information about her siblings. Jessica holds American citizenship and mixed ( French- Cajun- English- Spanish- Canary Islander) ethnicity. Her birth sign is Aries.

Talking about Jessica’s education history, there is no information about her educational achievements.

Talking about her profession, as a teenager, Jessica realized that her true talent lay in modeling. In the year 2010, she got a career breakthrough and contested in cycle 14 of the model-hunt reality show ‘America’s Next Top Model.’ Whereas, her experience on the show turned out to be a game-changer. She emerged as a promising model with immense potential.

Also, she was brilliant in most of the runway challenges and photo shoots. In fact, the judges’ panel was highly impressed by her photographs and the way she carried herself on the runway. Similarly, Jessica ended up in the fifth spot by the end of the show. Then, after ‘America’s Next Top Model,’ there was no looking back for Jessica. Modeling offers started pouring in. Then, she appeared in Dan Balan’s music video ‘Justify Sex.’

In 2011, she appeared on the reality-style series ‘Axe: Dirtcathlon.’ In the following year, Jessica made her acting debut with the short film Faith.’ Whereas, from 2014 to 2017, Jessica appeared in a number of projects such as ‘V/H/S: Viral,’ ‘Blood Brothers,’ and ‘FML.’ In the year 2017, she played a prominent role in the horror movie ‘Ryde.’

Moreover, Jessica Serfaty has gained fame on social media platforms too. Therefore, she has worked with the famous ‘Vine’ artist Logan Paul in some of his videos. They appeared in the music video ‘Paradise In You.’ She owns two ‘Instagram accounts, which showcase captivating photographs of Jessica posing with grace.

Jessica Serfaty has an estimated net worth of around $5 million as of 2022, and she has earned that sum of money from her professional career.

Jessica Serfaty has a height of 5 feet 9 inches and she weighs is 54Kg. Additionally, she has a measurement of 33-25-35 inches and her bra size is 38B. Jessica’s hair color is blonde and her eye color is green.