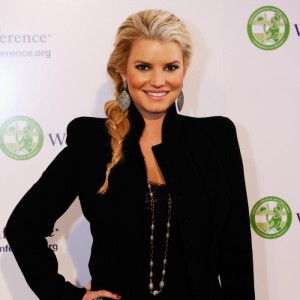 A marriage doesn't have to be perfect, but you can be perfect for each other

All I have to say is: Jessica Simpson is the most beautiful woman on the planet

I'm such a blonde. It just doesn't make sense for me to have dark hair.

What is the relationship of Jessica Simpson?

In November 2012, Simpson announced that she was pregnant for the second time. Jessica and Johnson had their second child together, a baby boy named Ace Knute Johnson, on June 30, 2013. Her third child Birdie Mae Johnson was born on March 19, 2019.

Prior, she was married to American actor and singer, Nick Lachey. They tied the knot in the year 2002 but due to some differences, the couple got divorced in 2006, after four years of their marriage.

Who is Jessica Simpson?

Jessica Simpson is an American singer, actress, and businesswomen. She is also a fashion empire entrepreneur and a former MTV reality star.

Her birth name is Jessica Ann Johnson. She was born on July 10, 1980, in Abilene, Texas, U.S. She is the first child of Tina Ann (mother), a homemaker, and Joseph “Joe” Simpson (father) who worked as a minister.

Simpson’s parents married in 1978 and they divorced in 2013. She was raised in Dallas, but now they live in McGregor, Texas. Simpson is the eldest child of the couple, she has a younger sister, Ashlee Simpson.

Jessica and her family moved from place to place frequently due to her father’s job, though they remained in Texas. Her father would often take in unwed mothers for periods of time to provide them shelter.

Her ethnicity is mixed (English, Scottish, German, and Swiss-German) and has American Nationality.

She attended J.J. Pearce High School and because of her interest and career in acting, she dropped out, and later she earned her GED.

Jessica Simpson released her first album, Sweet Kisses in 1999and her second, Irresistible, Including the hit single “I Wanna Love You Forever”, in 2001. Success for Simpson remained out of reach, however.

Boosted by the success of the show, Simpson’s third album, In This Skin, was re-released in 2004, becoming a huge hit among MTV viewers. That year, The couple also produced The Nick and Jessica Variety Hour on BAC and enjoyed a successful turn as hosts of Saturday Night Live.

Jessica soon turned to an actor with a leading role in Dukes Of Hazzard (2005), the big-screen remake of the popular television series.

Returning to her love country music, Jessica recorded Do You Know (2008). The album made it into the top five of Billboards album charts. She co-wrote many of the songs for the album, which featured a duet with Dolly Parton on the title track.

Now moving to Jessica’s Career in Fashion; In recent years, Simpson’s singing career has taken a backseat to her fashion empire. Her namesake line of clothing, accessories, and shoes has become a very successful enterprise, generating roughly $750 million in sales in 2010.

Jessica returned to reality TV in 2012, starring alongside John Varvatos and Nichole Richie as a mentor on the designer competition show Fashion Star, hosted by Elle Macpherson.

Jessica is said to have a Net worth in the region of $200 million. She earned an estimated $14 million from various licensing deals, and her gig as a host for Fashion Star on NBC, in 2012.

Her earnings for 2012-2013 are set to be higher, with a $3 million contract with Weight Watchers added to her various deals, fashion earrings, and album royalties.

Jessica is definitely no stranger to rumors and controversy. Her marriage with the reality show star, Nick Lachey’s has been very controversial. Her on and off relationship with singer John Mayer, and also the fact that she babysat, Tony Romo and he broke up with her on Jessica’s birthday has also been the favorite gossip topic in the tinsel town.

Jessica Simpson is also another one of our sports hotties to be criticized by PETA for wearing a t-shirt which read, “Real Girls Eat Meat”.

What are the body stats of Jessica Simpson?

Jessica Simpson’s figure is an hourglass-shaped with a slim waist and big natural bust.

Jessica’s body measurement is 36-25-35 inches and her height measures 5 feet 3 inches with her 59 kg(129 pounds) in weight. She wears 32 bra size. She has blonde hair color and brown eye color.