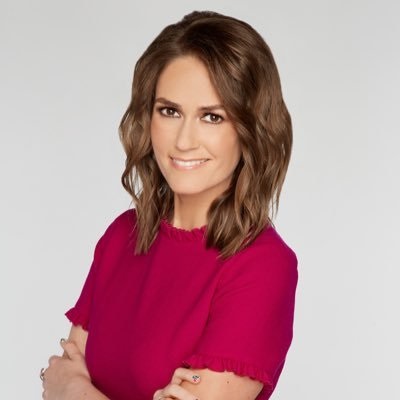 There is a big danger of conflating a conversation, what Carly Simon is talking about, with the very real claims of abuse and sexual assault

I believe Bruce Springsteen was thinking of, as many of us have, immigration policies that this administration has enacted and the betrayal of what it says on the Statue of Liberty, so I think that would have perhaps been a better way to go about this. But also, Bruce Springsteen is not a political pundit, right? Hes talking from his heart.

Jessica Tarlov is not married. However, she is dating a man named Roman Kuznetsov. Since 2017, the couple knows each other.

She occasionally posts the picture of her boyfriend on Twitter. However, they have to manage to keep their relationship a mystery.

As of now, the couple has not shared any plans regarding her marriage, and so on.

Who is Jessica Tarlov?

American Jessica Tarlov is a political strategist and contributor. She is renowned as the Fox contributor.

She is the head of research for Bustle Digital Group. Also, she is a co-author of America in the Age of Trump.

Jessica Tarlov was born on the 9th of March 1984 in Manhattan, New York City. Her father, Mark Tarlov, and mother, Judith Roberts are film producers by profession.

She has a younger sister, Molly Tarlov. Molly is an actress. They are of British-Irish ethnicity. Last, in 2014, Molly appeared in the movie, G.B.F.

In 2002, she attended Bryn Mawr College and graduated with Honors in Arts majored in History.

After that, she joined The London School of Economics and Political Science. Later, in 2012, she received a Ph.D. degree in Philosophy majored in Political science and Government.

After graduating from college, Jessica Tarlov started her career as the project manager for Merrill Lynch. However, she was associated with the company for three months.

In June 2008, she joined as the research assistant for the American Analyst, Douglas Schoen.

After that, in January 2012, she became the Communication and Digital Strategist for BackBoris2012. At the time, she primarily worked with the social media team.

Subsequently, in May 2012, she joined as the Political Strategist for Douglas Schoen LLC. At the same time, she also became the contributor to Fox News too. However, she left Douglas Schoen LLC after five years.

In January 2017, she become the Head of the Research of the Bustle Digital Group. The same year, she launched her first book,  America in the Age of Trump co-authored with Douglas E. Schoen under the publication house, Encounter Books.

Currently, she is with the firm and works for meaningful advertising and marketing campaigns.

Apart from that, as the Head of research, her salary is $58k – $304k. Also, she makes through her career as an author too.

Till the date, there is no controversy linked with her. Also, she has managed to be free from any kind of rumors related to her.

Jessica Tarlov is a brown-eyed brunette. Her height is 5 feet 11 inches and weighs around 58 kg.