Internet star Jessica Vazquez is married and a mother of one. 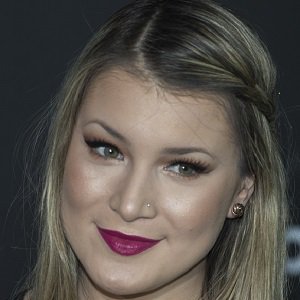 The 28-years old internet sensation, Jessica Vazquez is married to Nassim Ssimou at the present time. The couple has a child born in 2017. The gender of their baby is male.

Talking about the past relationships of Jessica Vazquez, who had an affair with Curtis LePore. But they had a very bad breakup as she accused him of sexual abuse and he was arrested in October 2013.

Who is Jessica Vazquez?

Jessica Vazquez is a Cuban-American Vine Star, Instagram Star, YouTuber, and social media personality who is immensely popular for her work as a Vine star with more than 3.6 million followers on her Vine account.

Jessica Vazquez was born in Miami, Florida, United States of America. She was born on August 17, 1993. She is 28 years old. Her nationality is American and her ethnicity is Cuban-American.

She was born to Cuban-American parents and was raised in the same place where she was born. She was raised by her parents along with her brother, Joey Vazquez.

There is no further information about the family background of Jessica Vazquez. It is believed that she had a sheer interest in pursuing a career as a social media personality from a very early age in life.

Jessica Vazquez initiated her career as a social media personality with her very first video titled “RIGHT NOW!!!” on June 21, 2013, which increased her followers to 100,000 followers only 1 month later.

Apart from her work as an internet sensation, she is also a singer-songwriter and musician with a single, “What If I,”  that got immense popularity on iTunes Charts.

Furthermore, she has collaborated on a video with Destorm Power, Klarity, and Brittany Furlan entitled “Those friends that would no doubt eat you if the world ended.”

Thus, with the help of her talents and appearances, she gets a decent amount of money as her income raising her net worth to a decent peak value.

Unlike other celebrities, there is no information about the love life of Jessica Vazquez and her professional life as well. The only rumor was that she is about to give birth to her first child which was later, confirmed by her and her husband.

Jessica reported on 31 August 2013, that she was sexually exploited in her sleep by her ex-boyfriend, Curtis Lepore. He was arrested back in October but then released on $100k bail. There was controversy when some were against her saying she was a liar in public.

Jessica has a height of 5 feet 2 inches and weighs 57 kg. Her hair color is blonde and her eye color is pale green. Her weight, shoe size, dress size, etc. are unknown.

Actress Rosario Dawson denies claims of her handyman, Dedrek Finley, that she and her family harassed him for his transgender nature!