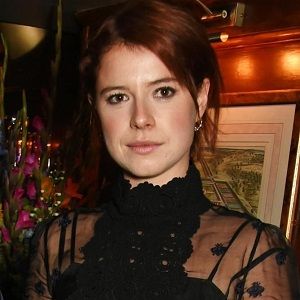 What is the relationship of Jessie Buckley?

Who is Jessie Buckley?

Jessie Buckley is a well-known Irish singer and actress, who came second in the BBC talent show. She has been seen on the television series I’d Do Anything in 2008. Likewise, she has played Anne Egermann in the West End revival of Stephen Sondheim’s A Little Night Music.

Lately, Buckley has appeared on four BBC television series War and Peace, Taboo as Honor Martin in The Last Post, and The Woman in White.

Jessie was born on 28 Dec 1989 in Killarney, County Kerry, Ireland. Her father’s name is Tim Buckley and her mother’s name is Marina Cassidy. Her mother has always encouraged her to sing and used to coach her. Her mother works as a vocal coach in Ursuline Secondary School, where Buckley has also joined in her childhood.

She has a brother and three sisters.

In Which school did Jessie Buckley attend?

She has achieved Grade eight in piano, clarinet, and harp. She has studied at the Royal Irish Academy of Music, and Royal Academy of Dramatic Art. She is also a member of the Tipperary Millennium Orchestra. Buckley also attended The Association of Irish Musical Societies (AIMS) workshops. Her work was appreciated by all and she gets a chance to apply for Drama School in London.

Jessie started her career in acting when she joined the school at a young age. She used to be involved in playing in different plays schools. She used to play male roles like the role of Jets gang founder Tony in the musical West Side Story. She also had lead male role-playing as Freddie Trumper in Chess.

There was a show named I’d Do Anything in 2008. It was a televised competition that would find the new person that would lead the role of Nancy in the West End revival of Oliver!. Buckley stood second there. In 2008, Buckley won the AIMS Best Actress award for her role as Julie Jordan in the Killarney Musical Society production of Carousel. And it turned out an offer to study the winner Jodie Prenger in order to appear in a revival of Stephen Sondheim’s A Little Night Music, directed by Trevor Nunn.

As soon as she finished her audition for I’d Do Anything, she was called up for two drama schools, including one the day before her first audition for the show. She has completed a six-month residency at the world-famous Annabel’s, singing jazz music. Jessie also performed in Henry V which is based on Shakespeare’s play created by West End Production. She performed opposite Jude Law that was held in 2014. She joined Kenneth Branagh’s theatre company in 2015.

Jessie doesn’t like to share her private matter on social media. So she is not seen as active on any of these social media. Whereas there are many fan pages.

Jessie has been awarded the AIMS Best Actress award for her portrayal of Julie Jordan in the Killarney Musical Society production of Carousel.

Jessie is doing good in her own profession and isn’t seen involved in any of the rumors.

How Much does Jessie Buckley earn?

Jessie has a slim perfect body standing with a height of 5 feet 7 inches. Her weight is not known. She has dark brown colored eyes. She doesn’t have particular hair color as it changes according to her dress. She has red or blonde colored hair.