Soon to be the mother of 4!

Jessie Cave at the present time is in a relationship. She is dating a guy named Alfie Brown since 2014 and is still together.

Her loving boyfriend is a comedian and they have three children together. Their son, Donnie was born in October 2014 and a daughter, Margot was born in 2016.

Their third child was born in Oct of 2020. In early December 2021, Jessie shared the news of her fourth pregnancy with her fans.

First, Jessie’s third kid was first tested for COVID-19 in Jan 2021. He was later admitted to the hospital for treatment.

Then in Feb 2022, his fourth-time pregnant mom got the virus and she was taken to the hospital in March. 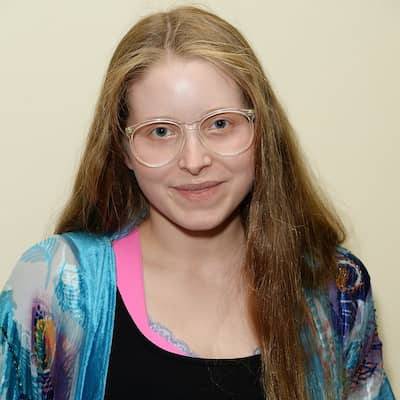 Who is Jessie Cave?

Jessie Cave is an actress and cartoonist of British nationality. Jessie Cave is primarily known for her work in projects like Glue, Trollied, Modern Life Is Rubbish, etc.

But her main fame is related to the Harry Potter film series where she played the role of Lavender Brown. As an author, she published a novel titled Sunset in the year 2021.

Her birthdate is 05 May 1987 and she was born in London, England as Jessica Alice Cave Lloyd. The name of her mother and her father’s identity is not disclosed.

Her dad is a general practitioner by profession while her mom is a homemaker.

Further, Jessie Cave’s ancestry is English, and has a sister Bebe Cave (actress) plus brother Ben (who died in 2019) younger than her. Also, she has other two younger siblings.

As per her academics, she went to Kingston University to study Illustration and Animation. She then attended The Oxford School of Drama.

Jessie Cave is an actress who has shown her presence in several screen projects. She debuted with a TV show Cranford as a Villager in 2007. In 2008, she did an uncredited role in the movie Inkheart as Water Nymph.

She is popular for her role in Glue (TV Mini-Series) as Annie and Trollied (TV Series) as Heather. Also, on Buffering (TV Series) as Rosie, she was Effie for whom she was praised a lot.

By the reports of 2022, Jessie Cave has an estimated net worth of $1 million which she collected from her work.

This cast of Harry Potter is keeping herself away from scandals along with desperate rumors. But she is in the news due to getting infected by coronavirus while being pregnant.

Jessie Cave’s height is 5 ft 4 inches and her body weight is of average shape. Furthermore, she has naturally light brown hair and her eyes are light brown in color.

In an interview, she shared her uncomfortable experience when she gained excess weight during the shooting of a Harry Potter movie.

Also, she is active on Instagram with over 210k followers. On 07 March 2022, she shared a video with her lover was appreciated by her fans.