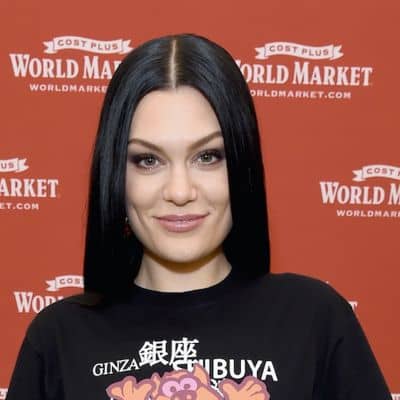 Jessie J has openly stated, she is bisexual. Adding to it, the singer has mentioned she has dated boys as well as girls. Talking about her relationship details, Jessie J is in a relationship with choreographer Max Pham Nguyen. She confirmed their relationship via her Instagram.

Previously, Cornish dated a popular American singer, Luke James. The ex-couple began dating each other in November 2014 but soon separated in October 2015.

Also, Jessie was in a relationship with an American actor, Channing Tatum in 2018. Their news of dating came in October 2019 when the ex-couple were seen in Seattle and Salt Lake City. The couple dated on and off for two years but they parted in 2019.

Who is Jessie J?

Jessie J is a well-recognized British singer, songwriter, and musician. Cornish is widely famed for her single, Do It Like a Dude, Price Tag, which topped the charts in nineteen countries.

Moreover, she has worked as a coach on the competition series, The Voice UK, The Voice Australia, and The Voice Kids UK.

Jessie J was born on 27 March 1988. At present, she is 33 years young star. Likewise, her birthplace is Redbridge, London, England.

Jessie is the daughter of her father, Stephen Cornish whereas her mother is Rose Archer. Moreover, she has two elder sisters named Hannah Cornish and Rachel Cornish.

Talking about her nationality, Cornish holds a British identity whereas her ethnicity is English, Irish.

Regarding education, the singer studied at Mayfield High School in LB Redbridge.

Jessie J first signed to Gut Records for recording an album for the label. She then signed a contract with Sony ATV as a songwriter. She has written lyrics for well-named artists such as Chris Brown, Miley Cyrus, and Lisa Lois.

The singer also became part of a group titled, Soul Deep. Afterward, the star worked with Universal Records and collaborated with many important stars like Dr. Luke, rapper B.o.B., Labrinth, and so on. Cornish released her first single, Do it Like a Dude in 2010 which was an average success, reaching number 25 on the ‘UK Charts’.

Moreover, Jessie released her debut album, Who You Are which was released on 28 February 2011. The album contains singles like Who’s Laughing Now, Price Tag, and Nobody’s Perfect which peaked at #2 on the UK Albums Chart. She then released her second album titled Alive in September 2013 and it peaked at number three on the “UK Albums Chart”.

Freshly, Cornish won the sixth season of the Chinese singing competition, “Singer 2018” and issued her fifth studio album, This Christmas Day on 28 October 2018.

A famed British singer, Cornish has earned a handsome amount of money from her profession. She has been active in her profession from the year 2005 till the present.

It is reported that Jessie J has an estimated net worth of $30 million.

However, the singer has not disclosed her exact salary, earnings, and assets details till now.

Jessie has openly stated her sexuality and mentioned she is bisexual. With this news, Sophie Wilkinson of The Guardian argued that Jessie was valuable to young teens mainly for young girls unsure of themselves.

Other than that, Jessie has never been part of any controversial matter or rumors till now.

33 years young star, Jessie has beautiful looks and an admirable personality. She stands at a height of 5feet 8inches. Also, she has a balanced body weight of 58 kg.

Furthermore, Cornish has green eyes whereas her hair is brown. her body measurement is 33-23-34 inches(chest-waist-hip) respectively.

Regarding her social media presence, Jessie J is an active personality on social media. Jessie has more than 10.5 million followers on her official Instagram account @jessiej.

Moreover, Cornish is also available on Facebook with nearly 18 million fans and supporters. She has more than 1.5 million followers on her official TikTok.