Jessie Usher is a well-recognized American actor and television personality. He also co-starred in Independence Day: Resurgence and is the main cast of Amazon Prime Video's original series, The Boys.

Talking about his love life, Jessie Usher is presently in a living relationship with his long-time partner, Tristin Mays. Tristin is a well-named dancer, singer, and actress known for her act in CBS and Vampire Diaries.

The couple has been dating for more than 11 years. However, they are not married yet. Moreover, they have a daughter named Nala born in 2017. Her mother’s identity is still not shared in public.

It was reported in May 2020 the couple is quarantining separately during the global pandemic. 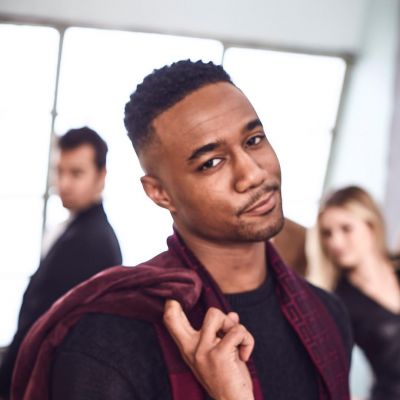 Who is Jessie Usher?

Jessie Usher is a well-recognized American actor and television personality. Usher is widely famed for his role as Cam Calloway on the Starz television series, Survivor’s Remorse, Lyle on Level Up, and When the Game Stands Tall.

Moreover, he also co-starred in Independence Day: Resurgence and is the main cast of Amazon Prime Video’s original series, The Boys.

Jessie Usher was born on 29 February 1992. At present, his age is 29 years old. Likewise, his birthplace is Silver Spring, Maryland, the USA.

Jessie is the son of his father, Jessie T. Usher whereas his mother is Judith Usher. Moreover, he has a sister named Jesstia Usher.

Talking about his nationality, Usher holds an American identity whereas his ethnicity is African-American.

Regarding education, the actor graduated from high school at the age of 15. Later, he joined Alpha Gramma Sigma and learned culinary arts in a community college. While studying, Usher featured in an episode of the CBS police drama, Without a Trace.

Jessie took a step into professional acting in an episode of CBS’s Without a Trace in the year 2005. Later, in 2007, he featured in an episode of the Disney Channel original series, Hannah Montana. He also performed in the Cartoon Network television film Level Up in 2011.

Additionally, Usher portrayed the role of Lyle Hugginson for two seasons in the series. He also voice-over American Boy in the 2013 documentary Teenage. In the next year, the famed star appeared in the film, When the Game Stands Tall. He also performed the lead role in Survivor’s Remorse that was produced by NBA superstar LeBron James.

Jessie in advance emerged in the sequel to the 1996 film, Independence Day alongside Bill Pullman, Liam Hemsworth, and Jeff Goldblum. In the same year, Usher also co-starred in the Christmas-themed comedy-drama Almost Christmas.

Likewise, in January 2018, Usher became part of A-Train in the Amazon Studios show The Boys, which is based on Garth Ennis and Darick Robertson comic book with the same name. Presently, he is planning to have a production company of his own.

Jessie has won the 2015 Hamptons International Film Festival Award for the Breakthrough Performer for his role of Cam Calloway in the TV series, Survivor’s Remorse.

An American star, Usher has earned a handsome amount of money from his profession. He has been active in his profession from the year 2005 till now.

Jessie has never been part of any controversial matter or rumors till now. The star has been preoccupied with his professional and private life.

It seems that Usher prefers enjoying his personal life and does not want to merge it with his professional life.

29 years old star, Jessie has dashing looks, a muscular and athletic body, and an admirable personality. He stands at a height of 6 feet. Also, he has a balanced body weight of 80 kg.

Furthermore, Usher has black eyes whereas his hair is black. His body measurement is 44-32-16 inches(chest-waist-biceps) respectively.

Regarding his social media presence, Jessie Usher is an active personality on social media. Jessie has more than 237k followers on his official Instagram account @jessietusher.

He is also active on Twitter with around 24k followers.

Moreover, Usher is also available on Facebook with nearly 148k fans and supporters.