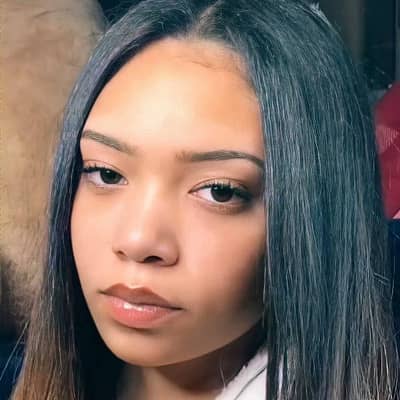 Facts of Jessika the Prankster

Relationship Statistics of Jessika the Prankster

17 years old, YouTube star, Jessika the Prankster is currently single and she is not dating anyone. Moreover, she is very young to have any kind of affairs.

Her Instagram is full of prank videos or photos alongside her mother, Mama Redd.

Farrell is currently focused on her career and does not prefers to stay in any kind of relationship.

Who is Jessika the Prankster?

Jessika Farrell, popularly known as Jessika the Prankster is a well-recognized American comedy personality on Instagram and YouTube. Farrell regularly published videos based on her mother.

Also, most of the videos show the strong and elegant bond she has with her mother.

Jessika Farrell was born on 04 August 2003. At present, her age is 17 years old. Likewise, her birthplace is the United States. Jessika’s real name is Jessika Farrell.

Not a much-known father and mother, the Prankster has a non-biological mother, Mama Redd. She always posts videos along with her mother. Nevertheless, Farrell has not mentioned details about her siblings’ as well.

Talking about her nationality, Jessika holds an American nationality whereas her ethnicity is African American.

Primely, Jessika is a social media influencer. She has her fan and followers all over social media such as Facebook, Instagram, Twitter, and YouTube as well. She has mostly earned fame from her funny prank videos. Farrell’s most of the video features her mother, Mama Redd.

Moreover, her joke videos reflect the strong and admirable bonding that Jessika shares with her mother. On her YouTube, She has created a video series. The series includes the story of Farrell’s life hurdles and her journey in the social media field.

Due to her fascinating content and creative content, Farrell has earned massive millions of respect from all around the globe. Her main career platform is YouTube. The famed prankster owns a YouTube channel, Jessikatheprankster on 6 June 2017.

She posted her first prank video titled, ‘IM GAY PRANK ON MOM? !!’. The video gained millions of views and Jessika earned a lot of subscribers and fans. At the present, she has more than 2.54 million subscribers on her YouTube channel.

Additionally, Farrell published videos of unboxing the “Silver Play Button” on 4 September 2018 which included thankful messages to all viewers and subscribers. One of her most viewed videos entitled, ‘Hiding my mom’s cigarettes gone wrong?(MUST WATCH)’. The video earned more than 7 million views.

In this way, Jessika has been making her career at a great pace overall social media.

Jessika the Prankster- Net worth, Salary

The Prankster, Jessika Farrel earns mainly from YouTube. Moreover, she has earned handsome money from her social media career.

It is reported that Jessika the Prankster has an estimated net worth of $784 thousand.

Till now, she has published more than 200 videos on her official YouTube channel that has generated more than 185 million views.

Besides, the prankster has not revealed her exact salary, earnings, and assets details to the public.

The Famed YouTuber, Jessika has never been part of any controversial matter or rumors till now.

She has maintained her profile clear and refers to enjoying a personal life.

17 years old YouTuber, Jessika Farrell has not only a beautiful career but also charming looks as well as an admirable personality. Farrell stands at a height of 5 feet 5 inches. Also, she has a balanced bodyweight.

Furthermore, her eyes are blue as well as Jessika has got dark brown curly hair.

Nevertheless, she has not mentioned her exact weight and other physical details in the public.

About her social media presence, Jessika the Prankster is active on social media. Farrell has more than 2.1 million followers on her official Instagram account @jessikatheprankster.

Likewise, Farrell is also available on Facebook with more than 2.3 million fans and supporters.

She also owns a YouTube channel with more than 2.54 subscribers over there.