Jessy Hodges is an American actress of series ‘Anyone But Me. 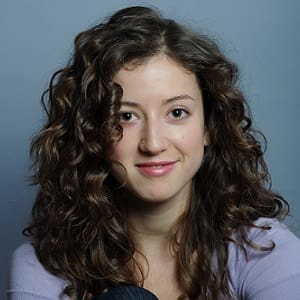 What is the relationship of Jessy Hodges?

Jessy Hodges is currently in a relationship with American Comedian Beck Bennett. Bennet is famous for his appearances on ‘Saturday Night Live.

The pair have been dating for the past eight years. Neither of them has spoken regarding the future of this relationship.

Who is Jessy Hodges?

Jessy Hodges is an American actress. People mostly know her for her portrayal of Sophie Parker in the web series ‘Anyone But Me.

Additionally, she has appeared in numerous other movies and television series including ‘You’re the Worst, ‘Crunch Time’, and ‘Mike & Molly’ among others.

Hodges was born in Huntington Woods, Michigan to parents Ellen Sandweiss and Matt Hodges. Additionally, she also has a sister, Ali Hodges.

Due to her mother Ellen, who is a famous actress, Jessy became interested in the world of acting in her childhood years and was involved in theater. She is of American nationality. Furthermore, there are no details about her ethnicity at present.

Talking about her education, Hodges studied drama at New York University’s Tisch School of the Arts.

Hodges initially made her screen debut with a small role in 2006’s ‘Satan’s Playground ’. Additionally, in 2011, she starred in the TV series ‘Greek’ as Lasker’s Assistant / Hillary.

She appeared in the TV series ‘Anyone But Me’ as Sophie / Sophie Parker. In addition, in 2012, Hodges appeared as Donna Freeman on ‘Grey’s Anatomy.

Since then, she has appeared in numerous other movies and television series. All in all, she has over 20 credits as an actress.

Some other movies and television series that Hodges has appeared in are ‘Girlfriends’ Guide to Divorce’, ‘Here and Now’, ‘Graves’, ‘The Last Tycoon’, ‘Tilt’, ‘Good Fortune’, ‘Crunch Time’, ‘Big Time in Hollywood, FL’, ‘Hindsight’, ‘The Sound and the Shadow’, ‘Enlisted’, ‘Next Time on Lonny’, and ‘True Blood’ among others.

Hodges garnered the Indie Series Award nomination in 2011 for her performance in ‘Anyone But Me.

Additionally, she also received the Streamy Award nomination in 2014 for ‘Next Time on Lonny’.

Hodges has not revealed her current salary. Additionally, there are no details regarding her estimated net worth at present.

Hodges has successfully kept her career away from any notable controversies to date. Furthermore, at present, there are no rumors concerning her life and career.

Talking about her body measurement, she is 5ft. 7 inches tall. Her hair color is dark brown and her eye color is light brown.

Lauren Sivan
Tags : ‘Anyone But Me’ American Actress Beck Bennett