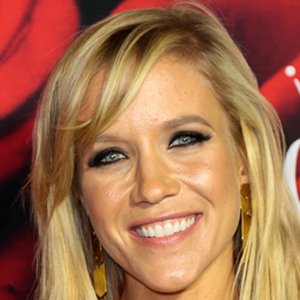 When you're on a submarine you're usually underwater for months at a time, and you don't get to Skype or make phone calls. When you get messages, they're maybe two sentences. They're very short.

For the spouse of someone in the service, you are your own provider, your own lover, you own best friend while that person's gone - the mother and father if you have kids.

My experience with 'Last Resort' is very different from most of the cast. While they are next to a mountain, I'm always within the four walls of my home.

Jessy Schram has kept her personal life private and out of the spotlight. She usually doesn’t talk about her private life in the media and public.

She prefers people focusing on her work rather than her personal life. She hasn’t mentioned her affairs publically and has managed to keep it low profile.

Who is Jessy Schram?

Jessy Schram is an American actress. She is best known for playing the role as Karen on the alien apocalypse series Falling Skies from 2011 to 2014.

She is also famous for playing Cinderella/Ashley Boyd in the TV series Once Upon a Time in 2011.

Jessy Schram was born on 15 January 1986, in Skokie, Illinois, USA. Her birth name is Jessica Schram. There is no information about her parents. She has two siblings named Nicole Schram(sister) and Jonathan Schram(brother).

Her nationality is American but her ethnicity is mixed(German, Lithuanian, Dutch, Belgian, English, Irish). Jessy graduated from Buffalo Grove High School in 2004.

She moved to Los Angeles after graduating at age 18 and began working in TV.

Jessy Schram modeled and appeared in television commercials as a child. She began performing in musical theater when she was 12 years old. She made her professional acting debut as Larissa in Drake & Josh in 2004. After that, she played Susan Davis on Hallmark Channel’s film series Jane Doe in 2005.

She also appeared in four episodes of the television series Veronica Mars as Hannah Griffith in 2006. In 2006, she starred as Tracy on American Pie Presents: The Naked Mile. For that role, Maxim recognized her for her sex appeal in appearances on their website in their “Today’s Girl” feature.

In 2010, she was cast in the TNT science-fiction series Falling Skies as Karen Nadler. She played the character from 2011 to 2014. She played the main character Christine Kendal in the series Last Resort from 2012 to 2013. Schram also guest-starred on the ABC fantasy series Once Upon a Time, as Cinderella/Ashley Boyd.

Since 2015, she began playing the recurring role as Cash Gray on ABC’s Nashville. Jessy portrayed the role until 2016. Her success in the entertainment industry continues to grow at a rapid pace. Her recent acting role was as Gwen Turner in the TV movie The Birthday Wish (2017).

She has a net worth of 3 million dollars. But her salary and other incomes are not disclosed.

Her bra size is 34B. She has a blue eye color and her hair color is blonde.