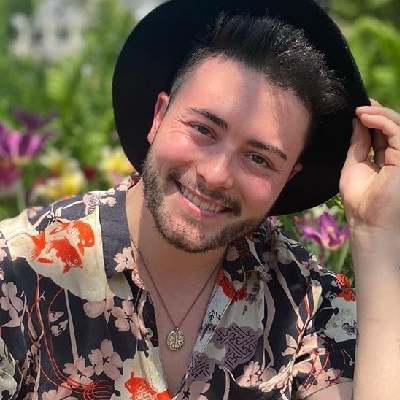 Jester is currently dating an anonymous girl. Till date, he has not revealed any details on his girlfriend and relationship. He calls her Madde.

However, he often posts pictures with her on Instagram.

Jester was born on the 20th of September 1995 in Ontario, Canada. His birth name is Jester Baron. He is of British-French ethnicity. As of September 2020, he is 25 years old. Also, his zodiac sign is Virgo.

Till date, he has not shared any details on his family background including his father, mother, and siblings. However, his mother was featured in one of the videos of his YouTube channel.

He has a brother named Jake. Details on his academics are not available.

He started his journey as a YouTuber in July 2016. Initially, the channel was based on the challenge video.

The next month, he uploaded his very first YouTube video with the title, SLIP ‘N’ SLIDE SOCCER CHALLENGE!! The video was about a challenge video with a penalty show in soccer. However, the twist was to hit the soccer ball on the slippery track. The very first video earned over 40 thousand views in a quiet short span.

Moving forward, he uploaded the challenge videos like Extreme McDonald’s Big Mac Challenge, Extreme Parkour Floor is Lava Challenge and Extreme Patience Test. With such videos, the channel earned quite a reputation in the YouTube community. Moving forward, he also uploaded some of the pranks.

However, his channel goes insanely popular when he started uploading the horror contents that were quite different unique in itself.

Some of the most-watched YouTube videos on the channel are I ESCAPED JIGSAW’S GAME! (I MADE A RUN FOR IT!), CALLING FLASH ON FACETIME AT 3 AM!! (HE MOVES SO FAST), and ATTACHING GOPRO TO ANNABELLE AT 3 AM!! (ACTUALLY MOVES) with more than 2 million views.

He crossed 1 million YouTube subscribers milestone in July 2018. As of Septemeber 2020, his YouTube channel has 3.7 m subscribers with more than 762.5m views.

As of 2020, he has an estimated net worth of $500 Thousand. Through his YouTube channel, his earnings per video are in the range of $3.5k.

Jester has black eyes with brunette hair. He has a decent height and weight. However, details on his body stats are not available.

Talking about his appearance, he has a charming persona with an oval-shaped facial structure with a strong jawline. Also, he prefers to have a slightly grown facial structure.

Till the date, he has not been through any sort of controversy and scandals that created a buzz in the media. Besides that, she has also maintained a distance from any sorts of rumors too.

You may also read the bio of Jesse Epstein, Rosa van Iterson, and Corey Scherer.