Singer-songwriter Jhene Aiko is low key about her romantic interest. 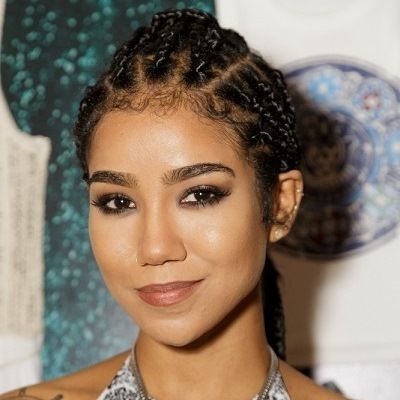 Change is inevitable. Why hold onto what you have to let go of?

My main goal in life is to just be happy. I don't compromise my happiness for anything. If I find what makes me happy I'm going to do that. That's really going with the flow of life. As far as like the mainstream stuff, if my destiny takes me there and I end up going that route, then that's fine.

She was romantically linked to American rapper Bow Wow in the past. Jhene dated another singer, O’Ryan from 2005 to 2008. She gave birth to her first child, Namiko Love on November 19, 2008. Jhene was 20 years old at that time.

She was in a relationship with American record producer Dot da Genius in September 2014. After dating for one and a half years, the couple announced their marriage on March 16, 2016. But, the marriage didn’t last even a year and Jhene applied for divorce on August 9, 2016.

She started a relationship with rapper Big Sean in 2016. Jhene and Sean dated for more than 2 years and split in mid-December 2018.

Who is Jhene Aiko?

Jhene Aiko is an American singer. Jhene is also a songwriter, who has appeared vocalist for the R&B group B2K.

She won the BET Awards’ Centric Award for single ‘The Worst’ was accredited platinum by the Recording Industry Association of America in 2014.

She also appeared in her former boyfriend O’Ryan’s debut video ‘Take It Slow’.

Jhene Aiko was born as Jhené Aiko Efuru Chilombo on March 16, 1988, in Los Angeles, California, the United States. She is a Pisces.

Her father is Dr. Karamo Chilombo, who is Afro-American and German and her mother Christina Yamamoto is half-Japanese and Spanish.

Her childhood memories about the horrific 1992 LA Riots which began in support of police brutality victim Rodney King in California are still fresh in her mind.

Jhene’s parents divorced when she was young. She then stayed in the company of her mother and siblings.

Jhene Aiko started her musical career contributing vocals to several B2K releases, as well a song on The Master of Disguise soundtrack in 2002, while signed to The Ultimate Group and managed by Chris Stokes.

She was known as the cousin of B2K’s rapper, Lil’ Fizz, though she is not actually related to him. She also featured on tracks five through eight of the R&B group’s remix album B2K: The Remixes – Volume 1.

She recorded “Santa Baby”, a cover, and was also featured on their album Santa Hooked Me Up and she appeared as a guest vocalist on the song “Tease” from Pandemonium.

She is featuring Lil’ Fizz video and Morgan Smith’s 2004 video “Blow Ya Whistle”.

Jhené also has songs featured on the soundtracks of Barbershop, The Master of Disguise, You Got Served,[27] The Proud Family, and Byou.

Aiko released a mixtape on March 16, in the year 2011 entitled Sailing Soul(s) via her official website, JheneAiko.com. The mixtape featured collaborations with Miguel, Drake, and Kanye West as well as others.

She released her first EP ‘Sail Out‘, which reached the No.1 spot on the R&B chart. She joined rapper Big Sean for a collaboration album titled ‘Twenty88’.

Jhene released her single ‘Maniac’ from her new upcoming album set to be released in 2017. She announced that she has worked hard for the last few years on her new project slated to release in 2017. The upcoming album will feature a new genre of music this time, very different from its predecessors’ styles.

This singer was rumored to be dating an actor and singer, Donald Glover.

Also get to know more about Michelle Phillips, Vincent Herbert, and Chris Brown.