JiDion at the present time is possibly single. His current affair or partner’s details are unknown. 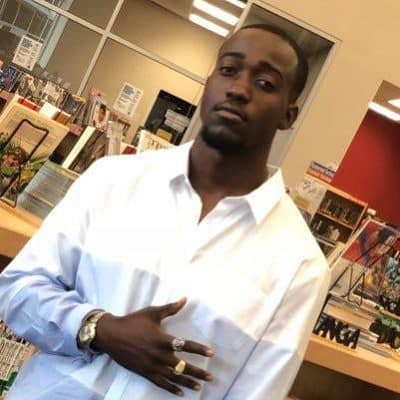 JiDion is an American internet star and a Youtuber. He became popular for posting comedic content and prank videos on digital sites.

He was born on 12 Dec 2000 in the United States with full name Jidon Adams. He belongs to American nationality but his ancestry is All-American.

There is not much information about his, mother, father, and academics. But on YouTube, he shared why he was suspended from the school.

JiDion started his career journey as a Youtuber and created his channel on 01 July 2018 under his name. More than 2.95 million subscribers have subscribed to his channel till now. His amazing uploads related to comedy, pranks, and messing with passersby.

Slowly, he began to grab the attention and his subscribers started to increase. The timeline of his supporters is,

Some of his popular videos are Getting A Haircut During College Lecture!, Crashing A College Reunion!, Pranking Weebs At Anime Convention!, Obviously Cheating During College Exam!, The Manager Banned Me, So I Made A Diss Track, etc.

Also, Jidon is on TikTok with around 2.2 million followers and about 33.7m likes.

But he has not shown his interest in joining Facebook.

According to the data of social blade, his yearly earning for his Youtube channel is $129.6K – $2.1M. However, analyzing all of his income he has an estimated net worth of $100k.

He also earns by selling merchandise on his website.

This digital video star has not been in any desperate rumors or scandals yet. But once he went with an empty box to a shoe shop for a gag. But the box along with him got kicked out by the shop’s manager Tyrone.

JiDion has a decent height and an average body mass. He has black hair plus his eyes are also dark brown.