Renown as Stephanie Maine of the movie, 1987- The Stepfather. 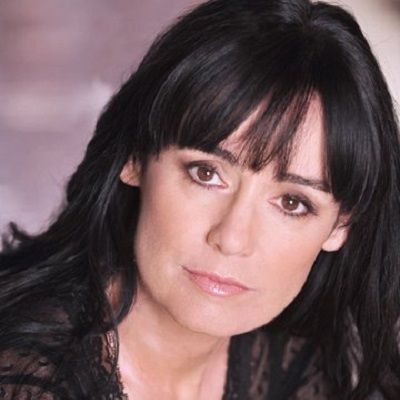 Men have their ideas of what sexy is. They want tight clothes and big pouffy hair. They don't necessarily see sexy as just getting out of the shower and throwing on a pair of jeans, a white t-shirt and tennies, while I do.

I had some problems when I was a child. They were temporary but, for a child, even a few months can be a very long time. I learned to enjoy being alone and lose myself in make-believe--acting. It was healing for me as a seven-year-old. It still is.

I happen to love certain kinds of horror. I just don't like cheap horror, made for the sake of slashing people up.

Previously, she was married to Anthony Marinelli. He is a composer by profession. They married in 1993 and got separated after 9 years of marriage.  Together, they have two children, Dante Marinelli and Zachariah Marinelli.

Prior to that, the actress was engaged to Brad Pitt, an actor. They started seeing each other during filming Cutting Class in 1989. Their engagement lasted only for three months only.

She also dated the actor, Keanu Reeves. They first met on the set of Babes in Toyland. After the movie, they started dating each other.

Jill Schoelen is an American actress and singer. Jill is renown as Stephanie Maine of the movie, 1987- The Stepfather.

She is famous for her husky-voice and referred to scream queen heroine of ’80s. Next, she is appearing in the TV series, Fault as Shelley.

Jill Schoelen was born Jill Marie Schoelen on the 21st of March 1963 in Burbank, California, the U.S. Her mother, Dorothy Schoelen is a fashion designer by profession. Dorothy is of Swedish-Mexican ancestry.

Her father celebrates his birthday on the 10th of September. He is of Germanic ancestry.

– Jill studied acting at Life Theatre in Burbank. After that in 1981, she started her career as an actress with the TV movie, Best of Times. After the movie, she was featured in the TV series like 1982– Little House on the Prairie, 1983- T.J. Hooker and D.C.Cab. However, she appeared in those series for only one episode.

– In 1983, she was cast in the TV movie, Happy Endings which is her second movie. Later, she appeared in many TV movies. However, she earned fame only after the movie 1987- The Stepfather. The horror thriller is based on the life of the man who killed his entire family and married a widow with a daughter in the search of the ideal family. Jill characterized the role of Stephanie Maine who happens to be the daughter.

-After the successful movie, she was featured in horror movies 1989- Curse II: The Bite and The Phantom of the Opera. In 1992, she played the character of Julie Converse in the movie, Adventures in Spying which was based on comedy. The movie stated that she is a very versatile actress.

– In 2009, she released her debut album Kelly’s Smile which is based on her childhood in her hometown.